The White House is trying to clean up Trump's horrifying admission about testing — but Mike Pence confirmed the worst: report 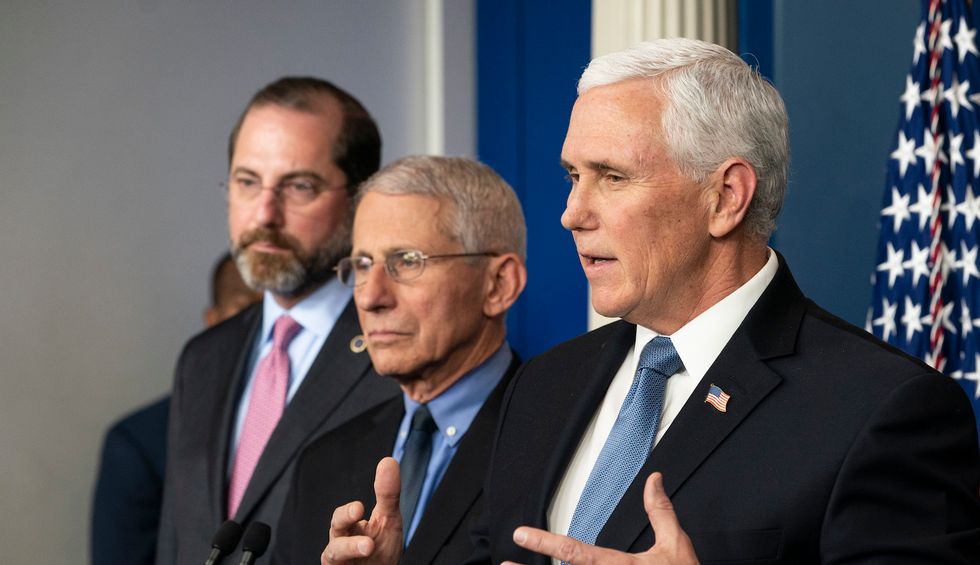 During his speech at a campaign rally in Tulsa on Saturday, President Donald Trump told the crowd that he had ordered his staff to slow down the amount of coronavirus testing — sparking a fierce backlash from those who have long criticized his handling of the pandemic as inept, if not outright corrupt. White House Press Secretary Kayleigh McEnany defended the comment during a press briefing on Monday, saying that Trump was speaking “in jest.” But Trump’s critics have their doubts, fearing that the president really does want to cut back on testing for COVID-19.

McEnany told reporters that Trump was “not joking about coronavirus” but rather, was poking fun at the press while speaking “in jest.”

However, CBS News’ Ed O’Keefe reported on Twitter that when Vice President Mike Pence was speaking to governors during a conference call on Monday, he told them that Trump’s “comments at an Oklahoma campaign rally about slowing down testing for #Coronavirus were just ‘a passing observation’ and not meant in jest.”

O’Keefe tweeted, “Pence also said that the Trump administration remains focused on rising cases in nine states, with the situation stable in the other 41 and that medical officials are seeing a growing trend of more people under age 45 testing positive for coronavirus.”

The Washington Post’s Tony Romm, in response to O’Keefe’s tweets, wrote, “Well the WH press secretary just said it was meant in jest, so now i'm confused, but i guess i always was.”

President Trump’s comments at an Oklahoma campaign rally about slowing down testing for #Coronavirus were just “a p… https://t.co/lAg3Y3bcgQ
— Ed O'Keefe (@Ed O'Keefe) 1592844367

Scripps reporter Joe St. George tweeted an interview with Trump in which he asked the president to clarify whether he believes the U.S. should have more or less testing for coronavirus. And Trump never gave him a straight answer.

Noting that Trump, at the Tulsa event, said he asked his staff to “slow the testing down to improve the numbers,” St. George asked the president if someone who wanted a test wouldn’t be able to get one. Trump replied, “We do more testing than any country in the world by far.” And when St. George asked Trump a second time if he asked his staff to “slow down” the amount of coronavirus testing, Trump responded, “If it did slow down, frankly, I think we’re way ahead of ourselves, if you want to know the truth. We’ve done too good a job.”

@JoeStGeorge MY GOD THIS IS MADDENING. He is saying it’s not fair and makes him look bad that we test people for a… https://t.co/NEdktZECPp
— CJ Belleville (@CJ Belleville) 1592842928