The Trump administration wants to kill off Stars and Stripes. Congress isn't likely to let them 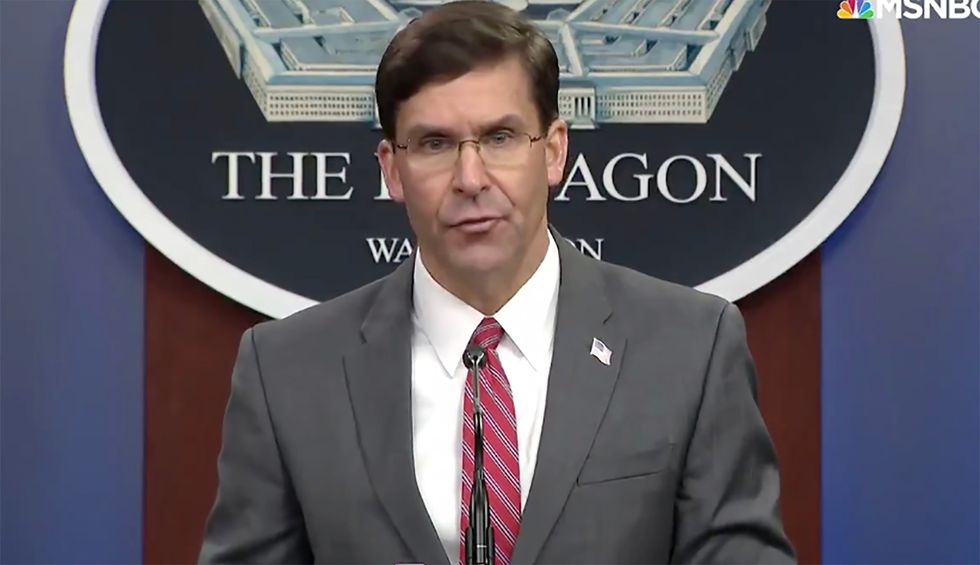 Trump Defense Secretary Mark Esper may or may not have been feeling some public heat lately from his sycophantic backing of Trump's every norm-breaking move, whether it be Trump reaching down to protect war crimes or Trump tear gassing a protest to go for nice little walkies, but none of it is evident in his behavior. Among Esper's other newly held beliefs: The administration is right to demand the total budgetary zeroing out of Stars and Stripes, the armed forces' own newspaper.

The Washington Post notes Esper's support in a piece describing congressional skepticism for the proposal, with Esper claiming that the military should be spending the $15 million per year on "higher-priority issues." The Defense Department budget is $700 billion per year, though, so it ain't that.

The White House proposal to drop federal support for Stars and Stripes to 0%, which would effectively slash the paper's total budget by half, is transparently part of the wider Republican fascist move to eliminate sources of skeptical journalism. In the case of a newspaper devoted to issues faced by troops throughout the world, it means zeroing out the budget; in the case of Voice of America (VoA), the government broadcast effort aimed at providing neutral and accurate news overseas, it has meant installing far-right toadies while stripping authority from the VoA journalism team. We saw it in Vice President Mike Pence's early order for government health experts to route pandemic news through his office, and in the relentless Republican repetition of the truly insane Trump insistence that all news personally embarrassing to him is actually "fake."

Nobody is proposing the elimination of the military's embedded journalism team because they need that $15 million for new cases of fighter jet wax. It's just another move to kill off an outlet that gets too many embarrassing stories, and has the anti-fascist audacity to write them down.

The Post also notes that Congress isn't likely to go along with this move, just as they have been skeptical of every other Team Trump effort to zero out you-name-it in budgets even when Republicans, rather than Democrats, were in charge. But that doesn't mean we should ignore Team Trump's attempt to do it. There's nothing Trump's underlings have touched that they haven't tried to screw up; it is not governance, but orchestrated sabotage.