'The ramp fiasco': Trump draws attention to his walking problems by blaming ‘long and steep’ West Point ramp — prompting a deluge of mockery 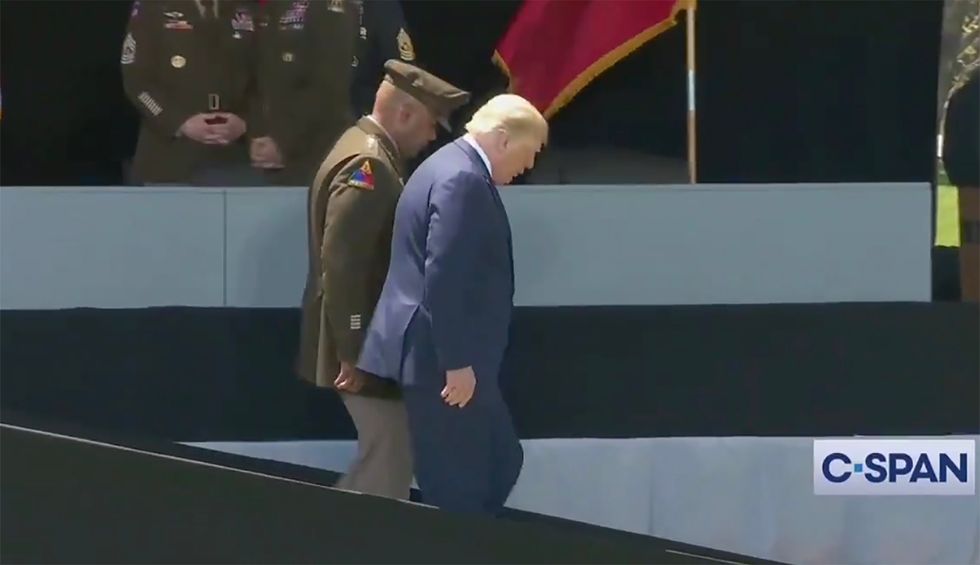 Donald Trump’s late Saturday night tweet blaming his problems walking down a ramp at West Point after delivering a commencement address to graduating cadets was roundly ridiculed on Twitter for increasing interest in what exactly happened – as well as his problem drinking from a glass of water.

With the Twitter deluged with commenters asking about the president’s health in light of the widely shared video, the president chose to throw fuel on the fire and comment on it.

“The ramp that I descended after my West Point Commencement speech was very long & steep, had no handrail and, most importantly, was very slippery. The last thing I was going to do is ‘fall’ for the Fake News to have fun with. Final ten feet I ran down to level ground. Momentum!” the president wrote, leading to one commenter to create the #Rampgate hashtag.

That was one of the gentler things written about the president’s response as you can see below:

@realDonaldTrump ...might be one of the steepest ramps in the history of our country. Many people are saying that n… https://t.co/Stj1YXLaB3
— JeremyNewberger (@JeremyNewberger)1592103853.0

Every legit media outlet should report on trump’s health problems today like @davidgoldiner of the @NYDailyNews did… https://t.co/oeuBMbRI0v
— Philippe Reines (@Philippe Reines)1592112962.0