The lurking danger of the anti-Trump conservatives 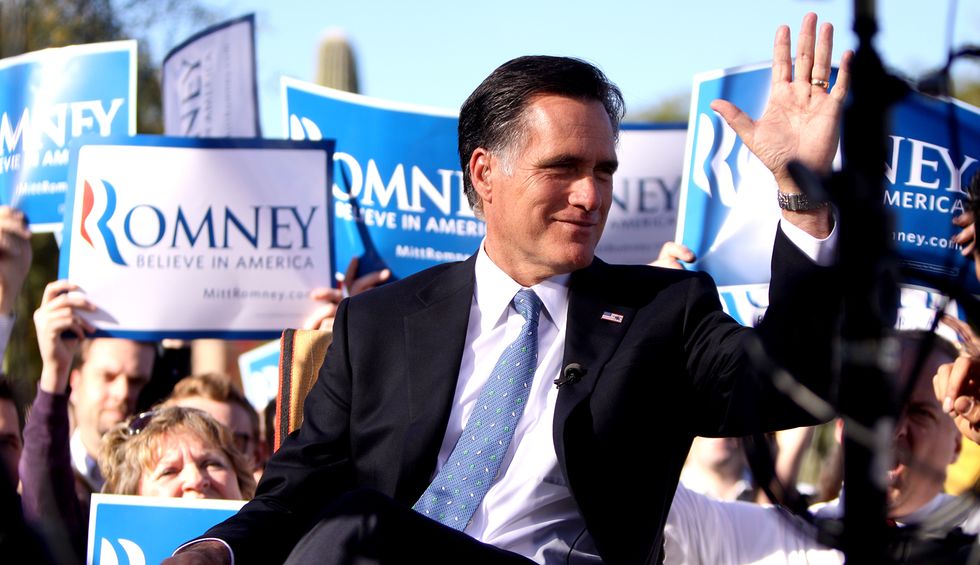 President Donald Trump has so many unquestioning GOP loyalists in Congress that Democrats are thankful when any Republican in the U.S. Senate or the U.S. House of Representatives stands up to him. Utah Republican Sen. Mitt Romney, for one, won praise when voted to convict Trump on one of the two articles of impeachment he faced in his Senate trial earlier this year. But Ari Rabin-Havt, in a June 18 article for the democratic socialist Jacobin, argued that liberals and progressives shouldn’t be fooled into thinking that the former Massachusetts governor and 2012 Republican presidential nominee is an ideological ally.

“In case you haven’t noticed, Mitt Romney has undergone a makeover,” Rabin-Havt writes in a sarcastic tone. “He’s been spotted sparring with President Donald Trump, decrying corruption and abuses of power, and even at a Black Lives Matter protest. This is Romney 2.0, the statesman, the uniter.”

Rabin-Havt quickly adds, however, that “it’s worth remembering who Mitt Romney really is.” And he goes on to explain that Romney still has many terrible positions.

“If Romney were elected in 2012, he would have pursued tax cuts and an economic policy similar to Trump’s,” Rabin-Havt asserts. “He complained to wealthy donors about 47% of Americans who ‘are dependent upon government’ — who have the temerity to believe that the government should provide ‘health care,’ ‘food’ and ‘housing.’ He complained about those who paid no federal income taxes, and he wasn’t talking about Amazon or other profitable corporations. Romney would have appointed justices to the Supreme Court that would have pursued the same conservative agenda as Brett Kavanaugh.”

Rabin-Havt adds, “Romney would, of course, be less likely to get on Twitter and engage in insane racist diatribes, but in that 2012 election, he not only waged class war on behalf of the rich, he talked about creating an environment in which life in America became so intolerable for immigrants they would engage in ‘self-deportation.’ A few righteous positions eight years later doesn’t change that. Nor has he apologized for his part in a decades-long offensive on working people.”

“The Never Trump Republicans, including Mitt Romney, opposed every attempt to make our health care system more humane at the federal level,” Rabin-Havt writes. “They are, for the most part, climate deniers who challenge the most basic of action to confront an existential threat to our planet. They fight any and all Pentagon cuts while trying to starve existing limited social programs. And they would like to appoint judges to the Supreme Court who would overturn Roe v. Wade and continue to shift wealth and power to large corporations.”

Rabin-Havt adds that The Lincoln Project, a group of Never Trump Republicans, is decidedly right-wing.

According to Rabin-Havt , “The threat Donald Trump poses to these Never Trumpers is often that he exposes the fundamental result of their ideology, refusing to let them hide behind platitudes and poll-tested niceties. Many of these same Never Trumpers were happy enough during the Obama years to cheer on the excesses of the Tea Party and Fox News when they were in support of Sarah Palin or Mitt Romney. And they would be happily supporting a parade of horrors in the name of a Jeb Bush Administration.”

Fox News and other right-wing media outlets often fail to make a distinction between liberals and leftists, but it’s harder to get away with that type of nonsense in Europe — where voters realize that liberals and leftists are not the same thing. Sen. Elizabeth Warren is a liberal and a self-described “capitalist to my bones”; George Galloway, who served in Parliament in the U.K., is a leftist. Rabin-Havt recognizes the difference between a liberal and a leftist, and he concludes his Jacobin piece by emphasizing that American liberals mustn’t forget how toxic right-wing ideology is — even if it’s coming from someone who hates President Donald Trump.

“Leftists understand that Mitt Romney, Jonah Goldberg, and the Lincoln Project are our ideological enemies,” Rabin-Havt writes. “It’s time liberals do the same.”