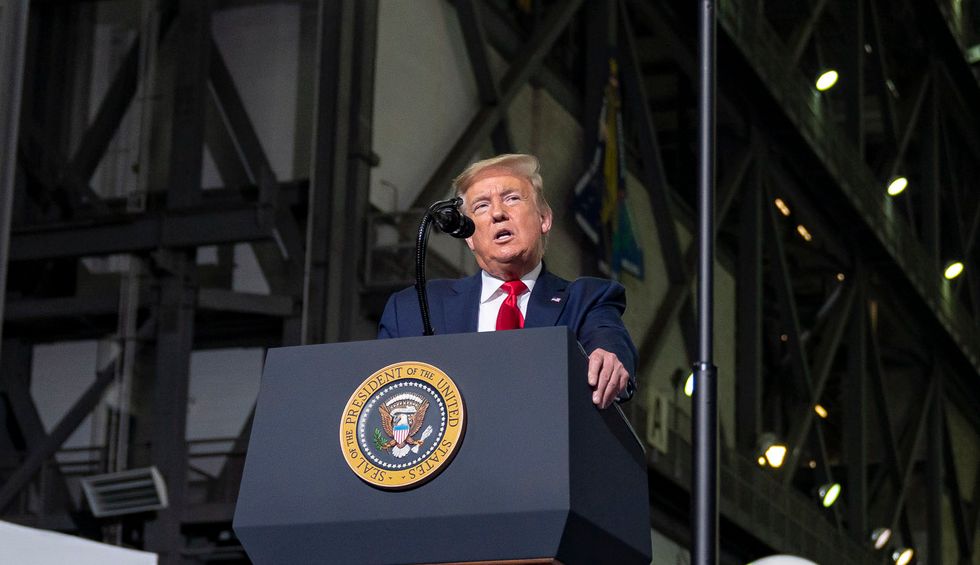 The possibility of President Donald Trump losing to Vice President Joe Biden in November isn’t the only thing that Republican strategists are worried about: they also fear that Democrats will achieve a majority in the U.S. Senate and increase the majority they presently hold in the U.S. House of Representatives.

And in a new piece for Vice, Journalist Cameron Joseph reveals the worries of Republican insiders who fear that November could be another Democratic wave election.

“President Trump’s poll numbers have never been worse, and Republicans are starting to panic that he could be headed to a historic wipeout that could drag the rest of the party down with him,” Joseph explains. “Trump has trailed former Vice President Joe Biden by almost 10 points in recent national polling. And Republicans privately admit things look just as bad at the local level.”

The “privately” part is important. It isn’t hard to find Trump allies and GOP strategists who are happy to go on Fox News, put on their best game faces and insist that Trump is headed for landslide reelection. But what Republican strategists tell Laura Ingraham or Sean Hannity at Fox News and what they’re really thinking can be two different things, and anonymous sources often speak with a candor that they wouldn’t have if their names were attached to a website article or a cable news appearance.

The words “anonymity” and “anonymous” are used a lot in Joseph’s piece, which offers insights on what some people who are quite active in the GOP think about this year’s election. The people speaking to Vice aren’t feeling the least bit optimistic. One of them told Vice, “The environment really sucks for us right now. We’ve got a worldwide pandemic, the economy is slipping — and now, we have a race war tacked on. [If] the election were held today, we’d be talking about a wipeout. We’d be in landslide territory.”

Another anonymous GOP strategist told Vice, “I had a call this week with my entire team. It became a 15-minute conversation. Literally every single race we’re involved in, we’re seeing Trump’s numbers dip. And most concerning is the slip with seniors.” That source used the word “devastating” to describe how bad he or she thinks things would be for Republicans if the election were held this month instead of in November.

Of course, none of that is to say that Democrats should become overconfident or that Trump’s poll numbers won’t improve in the months ahead. Three words that live in infamy in U.S. politics are “Dewey Defeats Truman” — a Chicago Daily Tribune headline that called the 1948 election for Republican Thomas Dewey when, in fact, Democratic President Harry Trump won. And any smart Democratic strategist realizes that regardless of what the polls are presently showing, Biden needs to campaign tirelessly like he is 15 points behind in those polls. The same applies to a Senate candidate like Mark Kelly, the Arizona Democrat who has been having double-digit leads over Sen. Martha McSally in recent polls. No matter how good the polls are looking for Kelly, any Democrat who truly understands politics would tell the former astronaut that he shouldn’t rest for a moment.

Joseph writes that when it comes to Senate races, “the map appears to be expanding for Democrats.” And the only incumbent Democratic senator who appears to be truly vulnerable is Sen. Doug Jones in Alabama, a deep red state.

Republicans, according to Joseph, are being bombarded by everything from the coronavirus pandemic and the state of the U.S. economy to the George Floyd protests to former National Security Adviser John Bolton’s new book — which is highly critical of Trump. The president might turn things around between now and November and win a second term, but one of the Republican strategists Vice interviewed fears that polls might become even worse for Republicans in the months ahead.

“Are we at the bottom or has the bottom not even dropped out yet?,” the source told Vice. “I don’t know what gets us out of this. People are probably just fucking sick of it.”