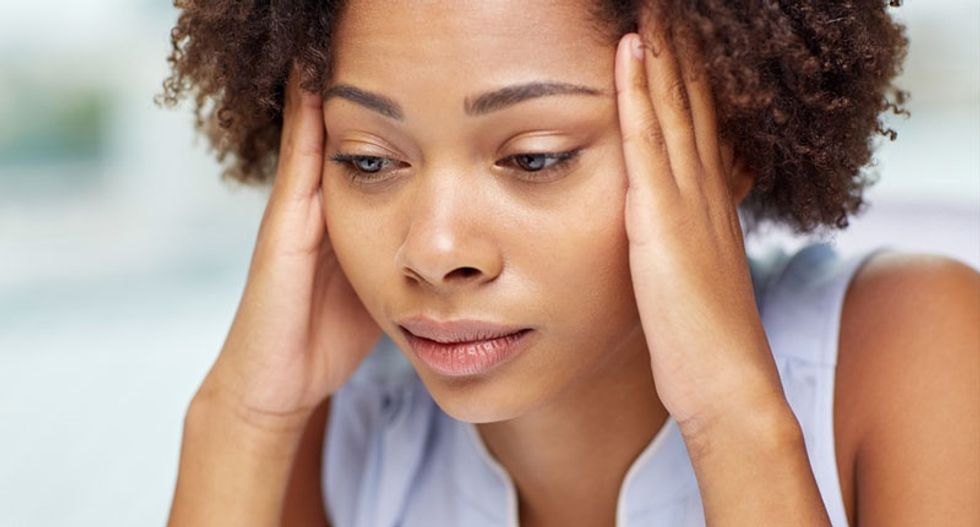 In the 1930s, the federal government decided to get into the business of promoting homeownership and created the Federal Housing Administration (FHA) to guarantee home loans. But the FHA drew up maps divided the country into green, yellow, and red neighborhoods to determine which areas would be eligible for federal loan guarantees. Greenlined areas received the best credit ratings and easy access to loans while redlined areas, often legally segregated Black neighborhoods, were considered "hazardous." "The FHA explicitly refused to back loans to Black people or even other people who lived near Black people," wrote Alexis Madrigal at The Atlantic.

The practice was outlawed under the Fair Housing Act in 1968, but its legacy continues to devastate redlined neighborhoods to this day.

"Homeowners in redlined neighborhoods have earned 52% less in home equity than those in greenlined areas over the last 40 years," according to researchers at Redfin. The average homeowner in a neighborhood that was redlined has gained about $212,000 less in property value over that time.

"Redlining policies kept black Americans from homeownership, and that created more segregation in the country, which has been difficult to break and rebuild from," Redfin senior economist Sheharyar Bokhari, who authored the study, told Yahoo Finance. "It has been a difficult process of catchup for black Americans."

"Owning property is one of the main ways Americans accumulate wealth and the main way they pass on wealth to the next generation," Kirsten Delegard, the co-founder of the Mapping Prejudice Project at the University of Minnesota whose data was used for the Redfin study, told Salon. "So by making it impossible for a whole group of people in the city to own property or to own property in a part of the city where property values actually go up, that really laid the groundwork for the racial wealth gap that we see… around the country."

Though the practice has long been outlawed, housing discrimination continues to this day. About 74% of white families own a home compared to just 44% of Black families, according to Census data.

Black people also continue to face a lack of access to credit and have 10 times less wealth than whites.

"The expanding homeownership gap between Black and white families can in part be traced back to diminished home equity due to redlining, as it's one major reason why Black families today have less money than white families to purchase homes either as first-time or move-up homebuyers," said Redfin chief economist Daryl Fairweather. "It's important to note that other factors play a role in lower homeownership rates for Black families, too. For instance, employment discrimination has prevented Black workers from earning equitable income."

Redfin's analysis looked at 41 metro areas and found that Black homeowners were 4.7 times more likely than whites to own a home in a neighborhood that was redlined. The study found that the average homeowner in a redlined neighborhood earned $196,050 in home equity since 1980 compared to $408,073 among families in "Type A" neighborhoods or the best, greenlined areas.

The average home value in Type A neighborhoods has increased by 292% over those four decades compared to 204% in redlined areas.

The study found stark disparities in homeownership rates as well:

"More than half a century after it was abolished, redlining continues to dictate the racial makeup of neighborhoods and Black families still feel the socioeconomic effects of such a racist housing policy," Fairweather said. "Black families who were unable to secure housing loans in the neighborhoods where they lived have missed out on one of the major ways to build wealth in this country. And even families who were able to buy homes in their neighborhood after redlining ended haven't earned nearly as much home equity as people who bought homes in neighborhoods that were considered more valuable."

The 2008 housing crisis contributed to the disparities. Black families with mortgages were nearly twice as likely to lose their homes to foreclosures between 2007-2009 as white families, according to data from the Center for Responsible Lending.

Black mortgage applicants are also twice as likely to be rejected as white applicants, according to data from the analytics firm ComplianceTech.

"Credit history is one of the most important reasons why those mortgages are rejected for black Americans," Bokhari told Yahoo Finance. "Why is that? The financial crisis hit black homeowners a lot harder and ruined their credit history. It is still affecting their ability to buy a home."

As a result of redlining and continued inequality, the disparities that existed decades earlier have been passed down through multiple generations.

"That has had a lingering effect on their children and grandchildren, who don't have the same economic opportunities as their white counterparts," Fairweather said. "Not only are Black parents less likely to have the resources to pay for higher education and help with other expenses, but studies show that children of homeowners are about 7.5% more likely to become homeowners than children of renters."

In many cases, rising home values have disadvantaged Black families because they have such a low rate of homeownership.

"Relatively low homeownership rates for Black families means landlords are the ones reaping the benefits of increasing home equity in formerly redlined neighborhoods," Fairweather said. "Black families are mostly renters in those neighborhoods, which means rising home values leads to increased rent payments and possibly being pushed to less desirable, albeit more affordable, parts of town."

These disparities are likely to get worse, not better, as a result of the pandemic. Black and Hispanic Americans were significantly more likely to lose their job during the pandemic than white Americans, according to a survey by the Pew Research Center. Black businesses were more than twice as likely to close for good than white businesses amid the statewide lockdowns, according to a study from the University of California at Santa Cruz.

Experts were pessimistic, too, that lending discrimination would soon improve.

"I don't think that they [lenders] can" be more inclusive without significant overhaul, Vishal Garg, the founder of online mortgage lender Better.com, told Yahoo Finance. "They need to hire different people to speak to America's base of future homeowners. It is a generational and operational challenge for banks in this country."