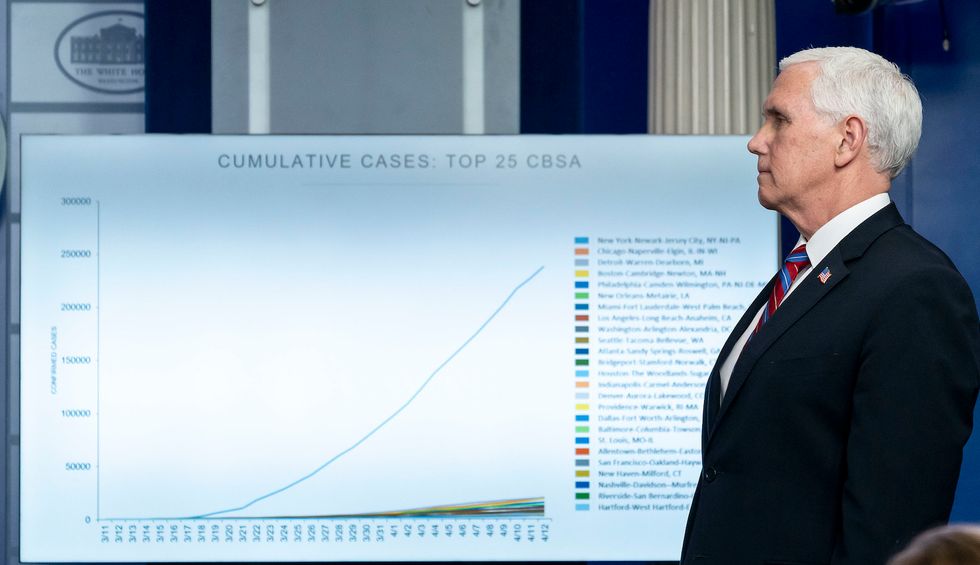 This week, the United States passed another grim milestone when its number of coronavirus-related deaths passed the number of Americans killed in World War I. Historians have estimated the number of U.S. fatalities during the first world war to be around 116,700; according to researchers at Johns Hopkins University in Baltimore, the COVID-19 death count for the U.S. has passed 118,800.

And according to Washington Post journalist Rick Noack, health experts in other countries are struck by how the coronavirus crisis is especially bad in the U.S.

“As coronavirus cases surge in the U.S. South and West,” Noack explains, “health experts in countries with falling case numbers are watching with a growing sense of alarm and disbelief — with many wondering why virus-stricken U.S. states continue to reopen and why the advice of scientists is often ignored.”

Siouxsie Wiles, an infectious diseases expert at the University of Auckland, gave the Post a New Zealand perspective — asserting, “It really does feel like the U.S. has given up…. I can’t imagine what it must be like having to go to work knowing it’s unsafe. It’s hard to see how this ends. There are just going to be more and more people infected, and more and more deaths. It’s heartbreaking.”

Noack notes that publications in Europe have been following the dismal American situation. A headline on the website for a German broadcaster read: “Has the U.S. Given Up Its Fight Against Coronavirus?” And in Switzerland, an article for the conservative website Neue Zürcher Zeitung bleakly informed readers" “U.S. Increasingly Accepts Rising COVID-19 Numbers.”

Thomas Gerlinger, a professor of health sciences at the University of Bielefeld in Germany, told the Post, “Many scientists appeared to have reached an adequate assessment of the situation early on [in the U.S.], but this didn’t translate into a political action plan.”

According to Noack, Reinhard Busse —  a health-care management professor at the Technical University of Berlin — doesn’t understand why some states in the U.S. are easing social distancing restrictions despite rising numbers of coronavirus infections. “I don’t understand that logic,” Busse told the Post.

Noack points out that in Germany, the death count from coronavirus is under 9,000 — compared to “almost 120,000” in the U.S. Upon seeing such figures, supporters of President Donald Trump reflexively assert that the U.S. is a larger country than Germany — so of course, the numbers for the U.S. are going to be larger. But as Noack notes, Germany has “about one-fourth of the United States’ population.” And the coronavirus death count in the U.S. isn’t four times higher than Germany’s; it’s more than twelve times as severe.

And this chart shows the stark contrast between infection rates in the U.S. and the European Union, which has a significantly larger population than the states:

This chart alone says enough about the terrible response to #Coronavirus in the U.S. Hard to see how things not spi… https://t.co/Y7paT9Uxjp
— Filippo Trevisan (@Filippo Trevisan) 1592579442

“European researchers dispute that the U.S. government’s reliance on scientists to inform decision-making comes anywhere near the degree to which many European policymakers have relied on researchers,” Noack reports. “After consulting U.S. research and German studies, for instance, German leaders agreed to make reopening dependent on case numbers, meaning restrictions snap back or reopening gets put on hold if the case numbers in a given region exceed a certain threshold.”