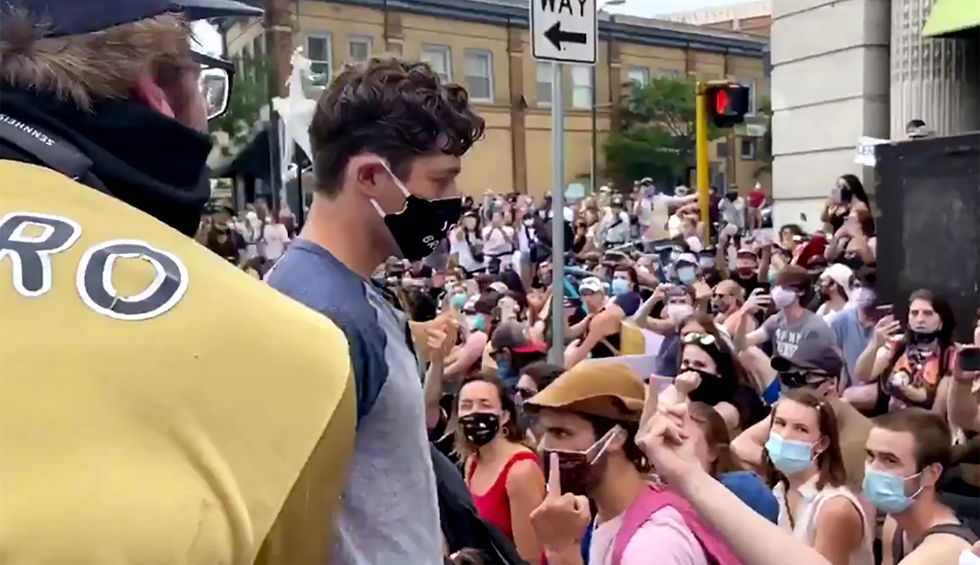 Minneapolis Mayor Jacob Frey was kicked out of a protest against police violence on Saturday.

One of the organizers asked him to answer “yes or no” to whether he would commit to defunding the Minneapolis Police Department.

“It’s important that we hear this, because if y’all don’t know, he’s up for reelection next year,” the organizer told the crowd. “And if he says ‘no,’ guess what the f*ck we’re going to do next year.”

Frey shook his head from side-to-side.

“Get the f*ck out of here,” the organizer demanded.

Minneapolis Mayor Jacob Frey showed up today at the protests. He was asked if he would commit to abolishing/defundi… https://t.co/nP4vZajQII
— Sana Saeed (@Sana Saeed)1591485400.0

Minneapolis Mayor Jacob Frey is asked whether he will defund the Minneapolis police department, and is subjected to… https://t.co/gjI8bqVO6c
— Eamon Whalen (@Eamon Whalen)1591483223.0