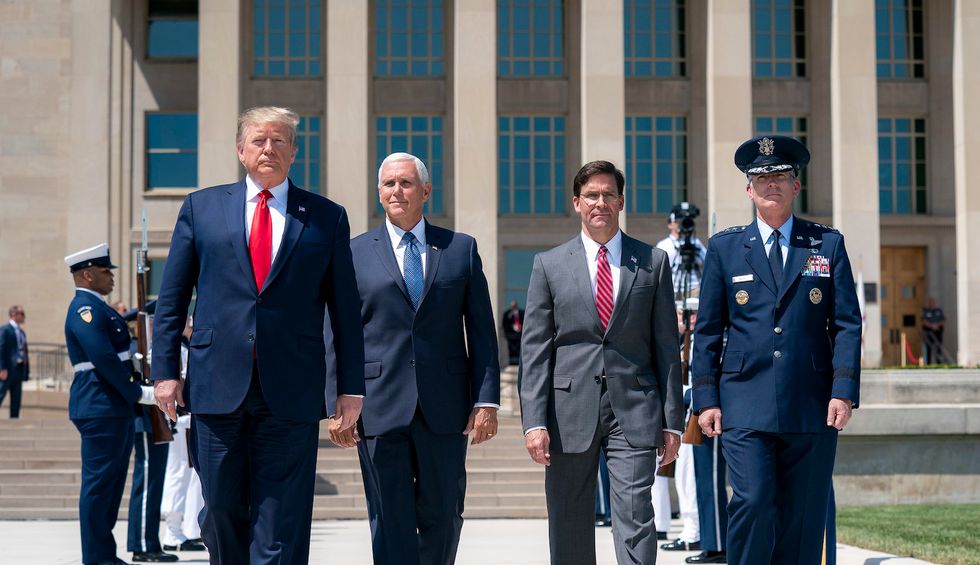 Some of the most disturbing images so far from the “Justice for George Floyd” protests came on Monday, June 1, when nonviolent demonstrators were violently removed by Washington, D.C. police from Lafayette Square in order to clear a path for President Donald Trump to walk from the White House to nearby St. John’s Episcopal Church for a photo-op. Two of the people who accompanied Trump were Defense Secretary Mark Esper and U.S. Army Gen. Mark Milley, chairman of the Joint Chiefs of Staff — and James Miller, a former undersecretary of policy for the Defense Department, has protested by resigning from his position as an adviser for the Defense Department’s science board.

In his June 2 resignation letter, Miller told Esper, “You may not have been able to stop President Trump from directing this appalling use of force, but you could have chosen to oppose it. Instead, you visibly supported it.”

Miller, who served as former undersecretary of policy for the Defense Department under President Barack Obama from 2012-2014, also told Esper that he sworn an oath to “support and defend the Constitution of the United States.” And Miller wrote, “On Monday, June 1, 2020, I believe that you violated that oath.”

Esper has had a lot to say about the events of June 1. At a press conference on Wednesday, June 3, the Defense secretary discussed the St. John’s debacle and told reporters, “I was not aware a photo-op would be happening.” And a senior Defense Department official, interviewed on condition of anonymity, told CNN that both Esper and Milley “got had” by Trump on June 1—and that the president deceived both of them about what he in mind for St. John’s.

Miller is hardly the only person who has been vehemently critical of Trump’s St. John’s photo-op. Bishop Mariann Edgar Budde, an Episcopalian who oversees the historic church, slammed Trump and emphasized that she was “outraged” by his publicity stunt.