'Keep your HIV over there': Woman hurls profanities at Black Lives Matter activists 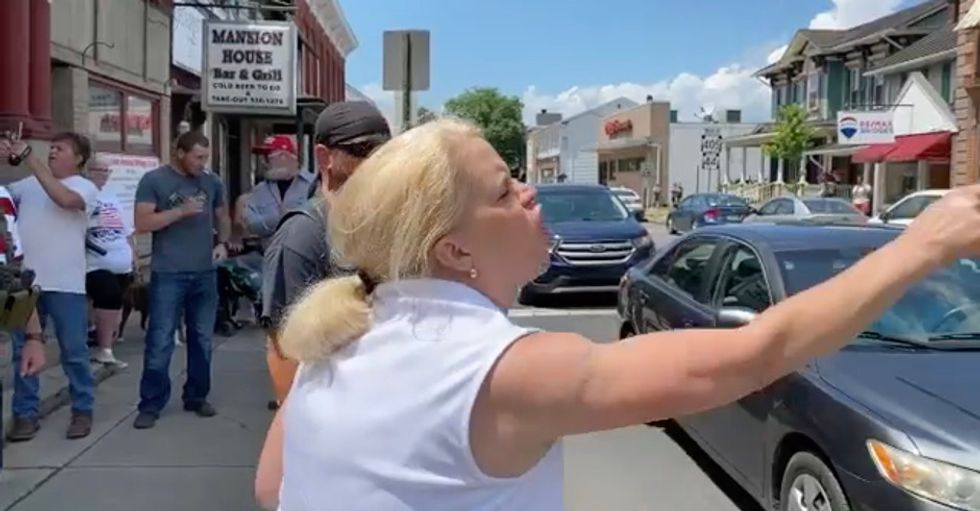 A woman was filmed screaming at Black Lives Matter activists on Sunday, yelling, “you live off of white people” and “keep your HIV over there,” in a profanity-laden rant during a Watsontown, Pennsylvania BLM protest.

As the activists chanted, “No justice, no peace,” video shows the woman yelling back, “F*ck you, we’re going to give you no peace,” then repeatedly unleashing several profanities as she waves her middle finger. Holding a bottle of water, she starts to walk away, then comes back to yell, “You f*ckin’ communists.”

BLM activists responded to her verbal attacks by chanting, “We love you.”

There were several bystanders near her who did nothing.

Central Pennsylvania photographer Paul Weaver writes that BLM activists “were met with shouts of ‘all lives matter’ and ‘white lives matter’ from the group group across the street which consisted of motorcycle club members, men in Trump hats, Three-Percenters, and other local residents.”

Weaver captured many photos of the event, and video of the woman screaming, which he posted to Facebook.