Kayleigh McEnany may have committed fraud by voting Florida when living in DC: report 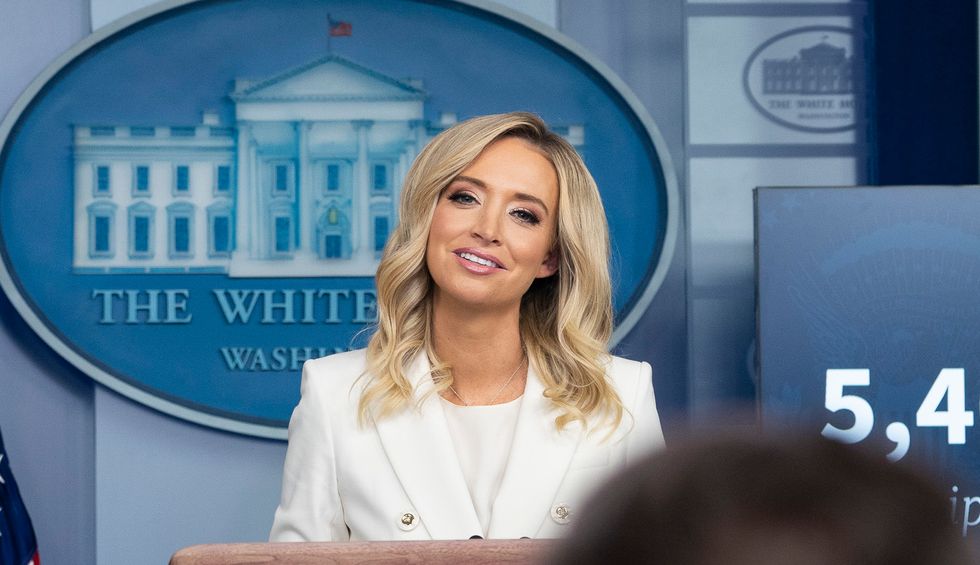 White House press secretary Kayleigh McEnany has carried the flag for President Donald Trump’s campaign against mail-in voting, delivering false warnings the process is rife with voter fraud. But McEnany herself may be guilty of the illegal act.

And so may be her boss.

“Kayleigh McEnany was living in Washington, but voted in Florida. Trump used an address he promised Palm Beach officials would not be a residence,” HuffPost reports.

In 2018, while living in Washington, D.C. – with a New Jersey driver’s license – McEnany was registered to vote in Florida, and did vote in Florida, using her parents’ Tampa address to claim residency, HuffPost reveals.

McEnany voted in both the 2018 primary and general elections in Florida using her parents’ waterfront address in Tampa as her legal residence rather than the house she and her husband bought in 2017, located a mile and half away ― all while living and working in Washington as a full-time employee of the Republican National Committee.

Law professor Ciara Torres-Spelliscy, a fellow at the Brennan Center and a professor of election law and constitutional law at Stetson University in Florida, said: “If Florida is not really your primary residence, than it’s inappropriate for you to be registered as a voter in Florida.”

President Trump, living in Washington, D.C. voted by mail in Florida in 2019, using the address of one of his businesses in Palm Beach, “where he had promised the town government he would not live.”

Where are they filing their taxes? DC is a lot higher than Florida, as everyone knows. https://t.co/Yez5t1oGID
— Amanda Carpenter (@Amanda Carpenter) 1591388240.0