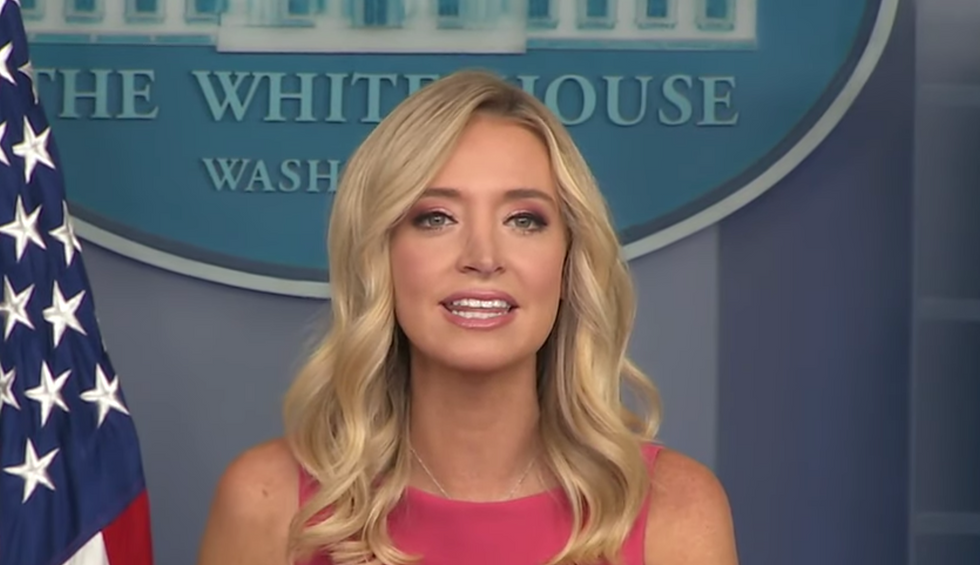 The administration is standing by its decision to gas peaceful protestors one week ago at St. John’s Church so President Donald Trump could have a photo-op of him holding up a Bible.

“There’s no regrets on the part of this White House because, look, I’d note that many of those decisions were not made here in the White House, it was AG Barr who made the decision to move the perimeter, Monday night Park Police also had made that decision, independently, when they saw all the violence in Lafayette Square,” White House press secretary Kayleigh McEnany told reporters Monday afternoon.

“And when, before these protestors were moved by Park Police and they issued that tactical order there were three loud warnings and as I believe it was AG Barr on ‘Face the Nation’ noted, that some of the protestors moved back and adhered to the warning, but others of those protestors started hurling objects.”

There is no record of protestors “hurling objects” last Monday when Park Police ordered them to move.

McEnany called that “unacceptable,” and added, “we stand by those actions,” referring to tear-gassing American citizens who were peacefully protesting.

It’s unclear why but this is not the first time the White House has tied Attorney General Bill Barr to Monday’s attacks on the protestors.