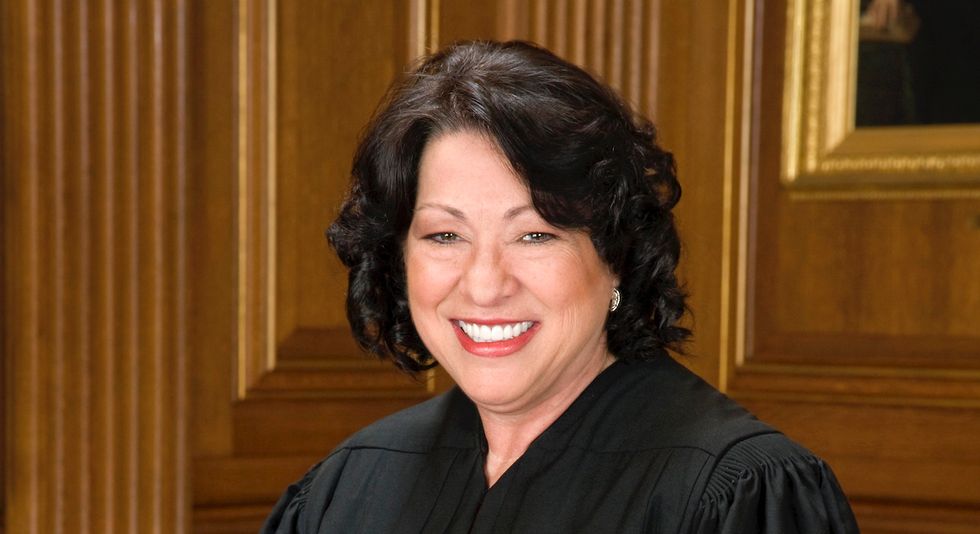 Many immigrants and their advocates won a major victory on Thursday when the Supreme Court issued an opinion, drafted by Chief Justice John Roberts, blocking the Trump administration's efforts to rescind a program protecting undocumented people who arrived in the United States before they were adults. But Justice Sonia Sotomayor dissented from one part of Roberts' majority ruling, even as she and the other three liberal justices concurred with the chief justice for the bulk of the decision.

The case examined the Trump administration's decision to wind down the Deferred Action for Childhood Arrivals program that was implemented under President Barack Obama. In a split 5-4 decision, the majority of the court found that the Department of Homeland Security gave an insufficient rationale for rescinding DACA and determined that the decision was impermissibly "arbitrary and capricious." The Trump administration may still be able to end the program, but it will have to go through a thorough review process before it tries again.

But Roberts, joined by liberal Justices Ruth Bader Ginsburg, Stephen Breyer, and Elena Kagan, concluded that there was not sufficient evidence to believe that the decision to undo DACA was motivated by "animus" and thus violated the constitutional guarantee of equal protection.  This is where Sotomayor broke with Roberts' opinion. Though not conclusive, she found that there was sufficient reason to believe President Donald Trump's animus toward Latino immigrants may have motivated the policy. She would have remanded the question of animus and equal protection back to lower courts to adjudicate.

This is particularly notable because Sotomayor is the only Latina justice to ever serve on the court, and she charged her colleagues of "overlooking the strength" of the allegations that Trump's animus motivated the policy.

In particular, she says they dismissed "the statements that President Trump made both before and after he assumed office." These include his allegations during the campaign that "Mexican immigrants are 'people that have lots of problems,' 'the bad ones,' and 'criminals, drug dealers, [and] rapists," and Trump's claims in 2017 "comparing undocumented immigrants to 'animals' responsible for 'the drugs, the gangs, the cartels, the crisis of smuggling and trafficking, [and] MS13.'"

In his opinion, Roberts argued that "the cited statements are unilluminating."

"[These] statements—remote in time and made in unrelated contexts— do not qualify as 'contemporary statements' probative of the decision at issue," he wrote. He also noted that they didn't come from the attorney general or the DHS official who were directly involved in winding down DACA.

Sotomayor, however, said this view represented a "blinkered approach."

Trump's statements "bear on unlawful migration from Mexico—a keystone of President Trump’s campaign and a policy priority of his administration—and, according to respondents, were an animating force behind the rescission of DACA," she wrote. "Taken together, 'the words of the President' help to 'create the strong perception' that the rescission decision was 'contaminated by impermissible discriminatory animus.'"

She added: "At the motion-to-dismiss stage, I would not so readily dismiss the allegation that an executive decision disproportionately harms the same racial group that the President branded as less desirable mere months earlier. "

Sotomayor also disagreed with Roberts' conclusion that there was nothing suspicious in the timing of the decision to rescind DACA that could support the inference that illicit motivation was at play. She said that since the administration had reaffirmed DACA just three months prior to the decision to rescind it, and the ultimate decision was, as Roberts agreed, arbitrary and capricious, there was sufficient reason to further examine the question of animus.