Judges strike down 'ag-gag' laws for violating the First Amendment 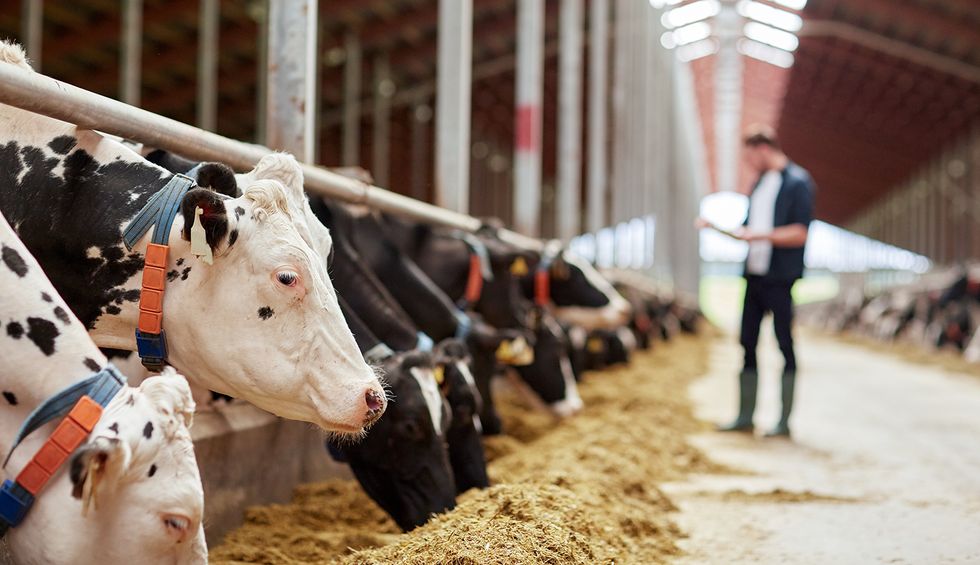 On January 22, 2020, a federal judge struck down the nation’s oldest “ag-gag” law, the latest in a series of victories against these laws and in favor of the First Amendment right to seek the truth about how animal agribusinesses treat the animals in their care. Kansas’s Farm Animal and Field Crop and Research Facilities Protection Act, passed in 1990, criminalized a wide range of conduct related to animal facilities, most importantly, entering an animal facility not open to the public with the intent to take photographs or recordings.

Across the U.S., many states seeking to conceal the inherent cruelty of animal agriculture from the general public have passed laws like the Kansas statute targeting whistleblowers and undercover investigators. These laws, commonly known as “ag-gag” laws, prevent us from gaining access to and exposing the widespread cruel (yet standard) treatment of farm animals. Without these critical undercover investigations, the public would effectively be kept from learning about the cruelty involved in daily factory farming practices.

For example, the last investigation at an Iowa pig farm conducted by Animal Outlook in December 2011 (where I served as a litigation extern)—before that state passed an “ag-gag” law in early March 2012—revealed that the facility routinely castrated and mutilated piglets by cutting off their tails and genitals without painkillers, resulting in many cases of herniated intestines. The investigation additionally exposed the facility for letting countless piglets suffer from injuries and illness. Moreover, when piglets died, the facility pulled out their intestines and fed them back to other piglets. These are not isolated incidents; cruelty like this is standard practice throughout the animal agriculture industry.

Similar instances of cruelty were uncovered by Animal Outlook at a North Carolina chicken slaughterhouse in March and April 2015, where our investigator recorded workers violently throwing, punching and tearing feathers out of birds, often for their own amusement. Our investigator even saw birds being buried alive as a method of “disposal.” In 2016, North Carolina passed an “ag-gag” law in an effort to prevent further investigations. Without investigators exercising their constitutional right to record these practices, these acts of egregious cruelty would never have come to light and consumers would have no way to know the truth of what occurs in industrial factory farms.

In January’s ruling, the United States District Court for the District of Kansas struck down most provisions of Kansas’s “ag-gag” law based on First Amendment grounds. Judge Kathryn Vratil declared that the statute violated the First Amendment by suppressing speech based on the speaker’s ideology or viewpoint; in this case, the view that animals should be free from cruelty and suffering.

This important decision comes on the heels of similar laws being struck down on First Amendment grounds in other states, including Idaho, Utah and Iowa. Additional constitutional challenges to “ag-gag” laws are still pending in courts in Arkansas and North Carolina. In Arkansas, plaintiffs including the Animal Legal Defense Fund, Animal Equality and the Center for Biological Diversity are asking the Eighth Circuit Court of Appeals to reverse the lower court’s dismissal of the lawsuit. In North Carolina, a separate lawsuit is making its way through the courts, also alleging that the state’s “ag-gag” law violates the Constitution. Across the country, courts have consistently recognized that such blatant attempts to conceal the horrors of industrial factory farming from the American consumer constitute impermissible and unconstitutional constraints on protected First Amendment speech.

The decision in Kansas marks another important victory for those of us concerned with the animal agriculture industry’s treatment of animals. Protecting the right of investigators to record and photograph egregious acts of cruelty behind the closed doors of factory farms ensures that the truth about factory farming can be seen by both law enforcement and the general public. Such recordings are critical to shining a light on the industrial food system and encouraging consumers to foster a kinder world through their daily choices.

This article first appeared on Truthout was produced in partnership with Earth | Food | Life, a project of the Independent Media Institute.

Elizabeth MeLampy is a second-year law student at Harvard Law School and was a litigation extern at Animal Outlook.