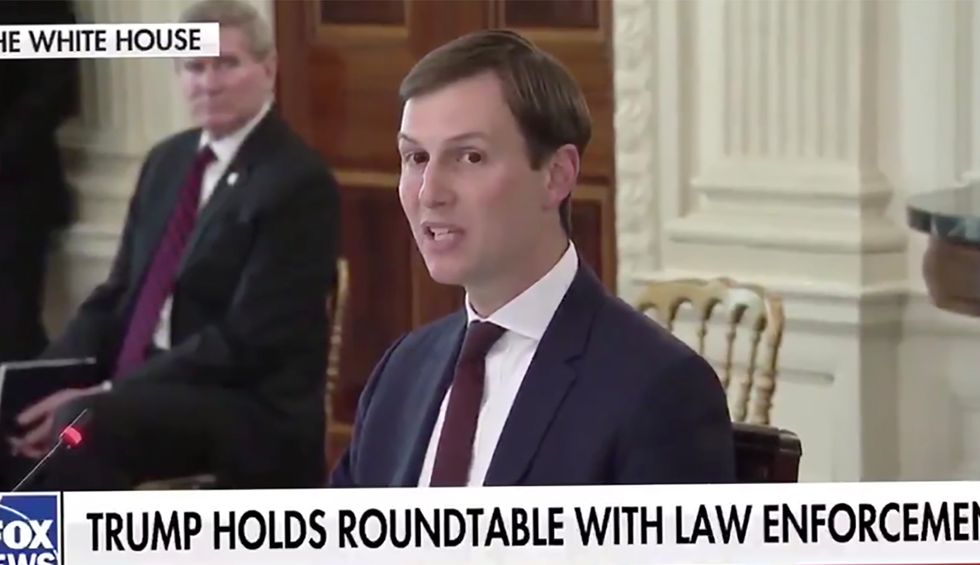 White House Senior Advisor to the President for Strategic Planning, Jared Kushner, on Monday admitted there had been a problem with injustice but declared systemic racism and police brutality have been fixed – just like the Trump White House has effectively declared the coronavirus pandemic over.

As America enters the third week of massive – and massively peaceful – protests, President Donald Trump has said little to support the hundreds of thousands of Americans protesting the police killing of an unarmed, handcuffed Black man who was not resisting arrest. Protestors have shined a light on the horrific violence and racism America’s police forces use against Black and Brown Americans.

How bad? An attorney and mathematician just teamed up and created a database of more than 420 videos showing police brutality at George Floyd protests. That’s in less than 3 weeks.

But according to Jared Kushner, the problem has been solved.

“The law enforcement community heard the cries from the community, saw the injustices in the system that needed to be fixed, and they responded by coming together to fix it, and it’s been a great partnership to do that,” Kushner, taking credit, declared Monday afternoon at a White House roundtable discussion with representatives of law enforcement.

“Those reforms make our communities safer and have made our system fairer and that’s the type of action that we’ve been able to accomplish by working together,” Kushner added, taking credit for the “success.” The Trump administration has not done anything to reform police departments or end systemic racism.

“What we’ve seen in the past is that the meetings together and the work together doesn’t just result in reports and in nice talking points, it actually results in progress and policies that make people’s lives better and make communities safer, so it’s an honor to work together and hopefully at this time when there’s a lot of people in the country who are feeling different pain, and feeling different concerns, law enforcement can be a leader in coming together and helping us work toward bringing solutions that can move our country forward,” he concluded.

The law enforcement community by and large has opposed the reforms many state and local governments are now working to implement.

The protests are definitely working but racism is just as prevalent as ever.

Kushner: The law enforcement community heard the cries from the community, saw the injustices in the system that ne… https://t.co/xvmJeETZeq
— Acyn Torabi (@Acyn Torabi)1591646998.0