It's time to set aside our differences and defend American democracy 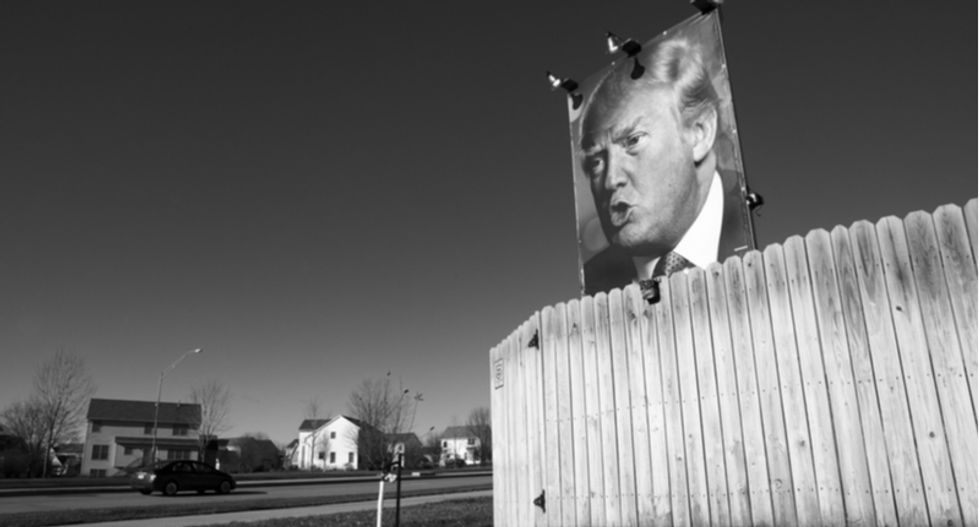 The house is on fire.

The fire, of course, is the rapidly escalating fascist threat of the Trump/Pence regime. In the past ten days, the mask has come off. Across the country, militarized police are brutally repressing nonviolent protest, teargassing marchers and deliberately targeting journalists. Active duty United States military patrol city streets. Tom Cotton, a sitting Senator, has openly lusted for a violent response to protests in the pages of the New York Times. Unidentified, unmarked security personnel guard the White House. Donald Trump and Attorney General William Barr used police and military to violently oust a peaceful assembly in front of the White House so the President could stroll over to St. John’s Church and shoot a campaign video and take some pictures.

These actions leave little doubt regarding the intentions of the President and the far right. Trump and his allies are openly advocating, and pushing for, fascism. No sense in quibbling over terminology. Call it what you want, but unchecked, it only gets worse from here. It’s now or never to control the fire before it burns out of control.

First, some good news: a cross-cultural, cross-generational resistance is starting to take shape in protests that have spanned all fifty states, night after night, in proximate response to the murder of George Floyd. These protests, unlike similar uprisings in Ferguson, Missouri, enjoy widespread support among the American people. The numbers, and the peaceful militancy of these actions are inspiring and auger well for the difficult struggle ahead.

But the sad reality is that there isn’t a unified front standing between the United States and fascism. We have to acknowledge and confront a very real reluctance to cast aside the differences between those groups and individuals with the greatest clout to position themselves in opposition to the authoritarian right.

There are ideological differences to be sorted among various would-be allies, and that fact cannot be discounted. The people bankrolling The Lincoln Project’s ads share little in common with the rank-and-file of the Democratic Socialists of America. Yet those differences pale beside the lethal threat posed by Trump and the movement he leads. We’ll have plenty of time down the road to figure out if we want to change out the tile in the bathroom. House on fire, remember?

Right in front of our eyes, we can see visible proof of the power of mass movements. We’ve already seen meaningful results from these past few weeks in the form of the charging of all four officers in the murder of George Floyd, and moves to defund hyper-militarized police forces.

Every individual and organization concerned about human welfare and the continued existence of functioning, vibrant systems of governance should come together, today, and support a mass, sustained campaign of civil disobedience with the explicit aim of defending democracy and removing Trump from office. Environmental groups. Center-left civil rights organizations. Everyone from Indivisible to anarchists, from the insiders at the upper reaches of the DNC to people who’ve never joined anything in their entire lives – now is the time to join the call and explicitly address these dangerous authoritarian trends that have been thrown into stark relief over the past two weeks.

Trump is feeling cornered. The fencing going up around the White House, the increasingly panicked braying on Twitter and on Fox News -- these are all signs of desperation and weakness. Desperation and weakness invite danger. A cornered Trump is likely to take greater risks, steps hinted at by his calls to ‘dominate’ the protestors. His supporters are also ratcheting up the violence.

Now’s the time for a cross-organizational, cross-country, cross-class, cross-everything movement to push, and keep pushing, until this immediate is gone.