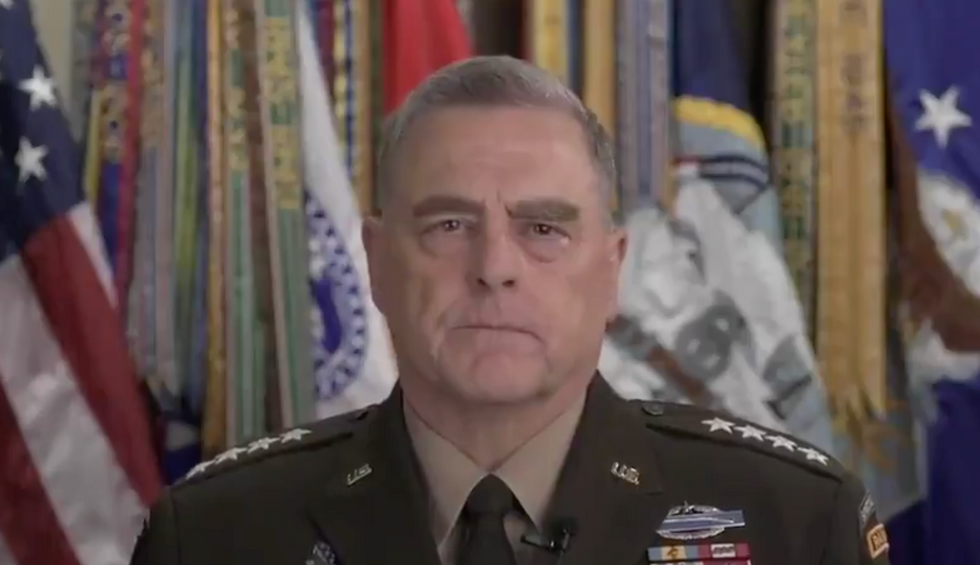 U.S. Army Gen. Mark Milley was among those who accompanied President Donald Trump when, on June 1, he took his now-infamous walk from the White House to St. John's Episcopal Church in Washington, D.C. in order to have a photo-op — and now, the Associated Press is reporting, Milley is saying that he was wrong to accompany Trump that day.

During a speech for a National Defense University commencement ceremony, Milley (chairman of the joint Chiefs of Staff) asserted, “I should not have been there.”

Milley went on to say, “My presence in that moment and in that environment created a perception of the military involved in domestic politics. As a commissioned uniformed officer, it was a mistake that I have learned from — and I sincerely hope we all can learn from it.”

The Joint Chiefs of Staff chairman also asserted that the U.S. “must hold dear the principle of an apolitical military that is so deeply rooted in the very essence of our republic. It takes time and work and effort, but it may be the most important thing each and every of us does every single day.”