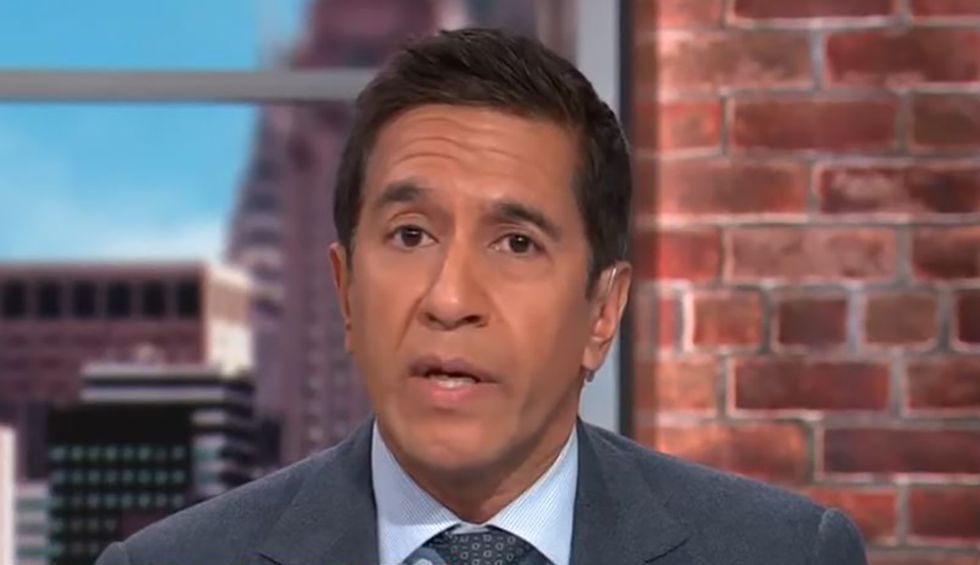 Only three days after his Tulsa rally, President Donald Trump held another MAGA event in a megachurch in Phoenix, Arizona on Tuesday, June 23 — and much to the dismay of health experts, most of the attendees were not wearing masks. One of those experts is Dr. Sanjay Gupta, chief medical correspondent for CNN. During a June 24 appearance on CNN’s “New Day,” Gupta was vehemently critical of the president for encouraging a lack of social distancing at a time when the number of new coronavirus infections is on the rise in so many states in the U.S. — including Arizona.

Gupta told “New Day” hosts Alisyn Camerota and John Berman, “It’s like a bunch of people being outside in the middle of a hurricane…. We’re being really, really silly. We’re being ridiculous at this point.”

Gupta said of Trump’s Phoenix rally, “That’s the worst case scenario, having a large indoor event, unmasked — people not physically distancing in the midst of a pandemic with a very, very contagious virus out there…. It defies logic.”

States — like Texas, Florida and Arizona — that are seeing a major increase in Covid-19 cases may need to consider… https://t.co/WIF2tdZCcf
— CNN This Morning (@CNN This Morning) 1592998433

The conversation also included Ron Klain, who coordinated the United States’ Ebola virus response under President Barack Obama. Along with Gupta, the 58-year-old Klain criticized Trump for wanting to reduce the amount of coronavirus testing in the U.S.

Trump has claimed that the U.S. is a world leader when it comes to coronavirus testing; Gupta and Klain passionately disagree. Klain asserted, “We’re so far behind on testing.” And Gupta agreed with Klain, asserting that the number of new coronavirus infections is so bad in some states that they may need to reinstitute their stay-at-home orders.