Is the time of the no-knock drug raid coming to an end? 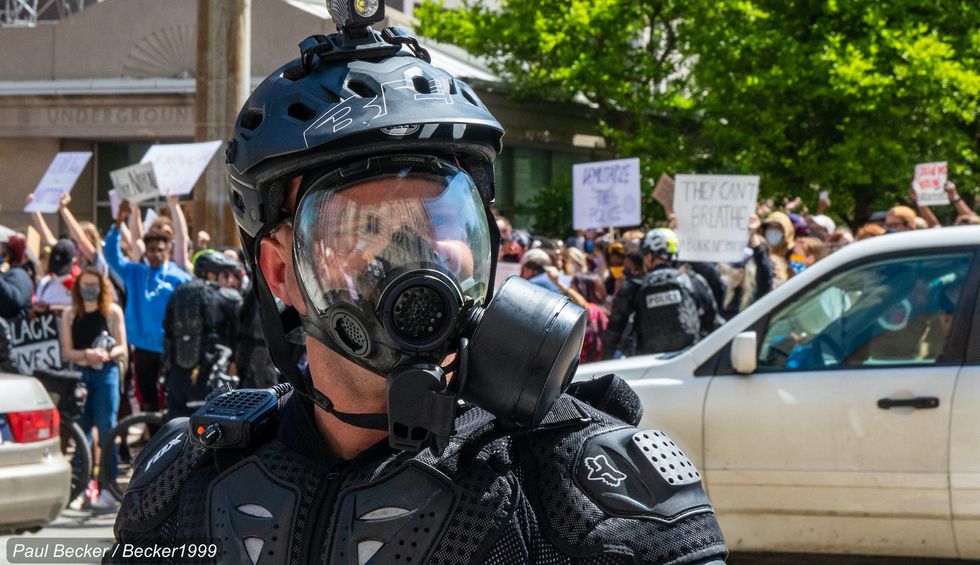 In the mass protests over out-of-control and racially biased law enforcement ignited by the killing of George Floyd by Minneapolis police officer Derek Chauvin, Floyd’s name isn’t the only one being chanted by the crowds. There’s also Ahmaud Arbery, the Georgia jogger gunned down by white vigilantes. There’s Rayshard Brooks, the Atlanta man who was shot and killed by police after he fell asleep in his car in a Wendy’s drive-through lane and got into a tussle with the officers when they tried to arrest him.

And then there’s Breonna Taylor. The 26-year-old Black EMT and Louisville resident was killed near midnight on March 13, as police executed a no-knock drug search warrant at her apartment, waking Taylor and her boyfriend. The police opened fire after they were met by gunfire from Taylor’s boyfriend, Kenneth Walker. As the circumstances of her death emerged, she has become the face of the burgeoning movement to radically restrict the police resort to no-knock warrants, which could just as aptly be referred to as home invasion warrants.

That’s what it must have felt like to Taylor and her boyfriend Kenneth Walker. Although Louisville police claimed they knocked and announced their presence, they were operating with a no-knock warrant; the police claim that they knocked is disputed by Walker and Taylor’s relatives. Walker said he and Taylor were in bed together when the door crashed in and he thought someone was breaking into their home. In his statement after the incident, Walker said he fired in self-defense. (Here is that fraught zone where the war on drugs encounters the Second Amendment.)

Walker’s single shot wounded one officer, who returned fire along with two other officers. Breonna Taylor was hit by at least eight bullets and died at the scene. Walker was charged with attempted murder (although those charges have now been dropped). No drugs were found at the apartment. To make matters even worse, the drug suspect the police were looking for was already in custody when police raided Taylor’s apartment.

“They executed this innocent woman because they botched the search warrant execution,” attorney Benjamin Crump, who is representing the Taylor family in a lawsuit filed over the killing, told the New York Times. “They had the main person that they were trying to get in their custody, so why use a battering ram to bust her door down and then go in there and execute her?”

Outrage over the killing of Breonna Taylor quietly festered as the country hunkered down amidst the coronavirus pandemic, but when the killing of George Floyd finally galvanized protests against police brutality, the pain and anger over Taylor’s killing became a rallying cry not just in Louisville but also across the country. And it’s bringing a laser-like focus on a practice more akin to raiding terrorist hideouts in the Middle East than to serving and protecting American citizens, which in turn is leading to a renewed focus on the role of the drug war in all of this.

The war on drugs provided the impetus for no-knock raids from the beginning, and the courts were all too willing to help. The 1963 U.S. Supreme Court case Ker v. California, which gave constitutional imprimatur to forcible police entries, was a drug case where the possibility that evidence could be destroyed carried the day for the cops. When the Supreme Court revisited and refined its no-knock doctrine in the 1990s, the impetus once again was enforcing drug prohibition.

In a case involving small-scale sales of marijuana and meth to an informant, the court ruled in 1995 in Wilson v. Arkansas that police must generally “knock and announce” before kicking in a door with a search warrant, although it allowed for exceptions as per Ker. In another small-time drug sales case in 1997, Richards v. Wisconsin, the court held that police needed to demonstrate “a reasonable suspicion” that announcing their presence before bashing in the door would be dangerous or allow for the destruction of evidence for a no-knock warrant to be permitted.

Police resort to no-knock raids has gone through the roof in recent decades, according to a 2007 study done by Peter Kraska, a professor at the School of Justice Studies at Eastern Kentucky University. He found that while the number of no-knock warrants or announce-and-enter raids served during SWAT team deployments had grown to about 1,500 annually in the early 1980s, that figure skyrocketed to about 40,000 a year by the turn of the century as the drug war deepened. Kraska estimated the number of such raids to be about 45,000 by 2010.

And such raids can be deadly—both for their targets and for the officers undertaking them. According to a 2017 New York Times report, between 2010 and 2016 alone, at least 13 police officers lost their lives during such raids, but so did more than six times as many civilians. The New York Times report put the civilian death toll at 81, with many more injured or wounded. These include cases of people who were completely innocent like the 19-month-old baby “Bou Bou” Bounkham Phonesavanh, who was severely burned by a flash-bang grenade thrown by a Georgia SWAT officer in a 2014 no-knock raid.

But now, with the widespread public outcry over the unjust killing of Breonna Taylor, no-knock raids are being challenged like never before. The Democratic congressional response to the upheaval has been the rolling out of the Justice in Policing Act, which directly targets the practice. As the Democrats put it, the bill “[b]ans no-knock warrants in drug cases at the federal level and conditions law enforcement funding for state and local governments banning no-knock warrants at the local and state level.”

Kentucky’s libertarian-leaning U.S. Senator Rand Paul (R) introduced the Justice for Breonna Taylor Act on June 11, “to prohibit no-knock warrants.” The bill would mandate that federal law enforcement officers must announce their presence and purpose before executing a search warrant, and it would condition federal aid to law enforcement agencies to ensure they follow the same rules.

“After talking with Breonna Taylor’s family, I’ve come to the conclusion that it’s long past time to get rid of no-knock warrants. This bill will effectively end no-knock raids in the United States,” said a statement from Sen. Paul’s office.

Meanwhile, even his Republican colleagues are climbing on the no no-knock bandwagon, although to a more limited degree than the Democrats. The just-introduced Justice Act, largely crafted by the GOP’s sole Black senator, Tim Scott of South Carolina, wouldn’t ban no-knock raids but would increase federal reporting requirements for no-knock raids and use of force. It would also increase penalties for false police reports.

It’s unclear whether any of these bills will pass or whether compromise legislation will emerge, and it’s unclear just how strong any language on no-knock raids will end up being. What is clear is that Congress finally has the issue squarely in its sights.

But law enforcement is largely a state and local matter, and it’s going to be up to state legislatures, governors, city councils and mayors to address the issue at the local level. Louisville’s city council has already unanimously banned no-knock raids. Only two other states—Florida and Oregon—have banned no-knock raids, but this is likely to change, given the anger against police misconduct. In fact, this is something that should have happened a long time ago.