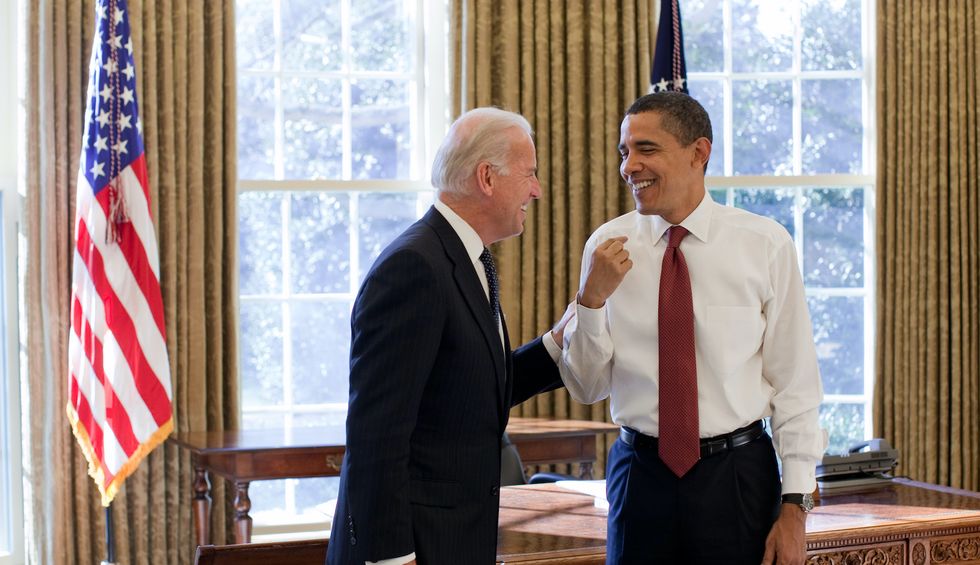 It’s President Donald Trump’s 74th birthday but on social media former President Barack Obama is the one being celebrated.

On Twitter, the top trending topics include #BestPresidentEver, which is number one and almost entirely comprised of tweets about Barack Obama.

#RampGate, relating to Trump having to be helped to walk down a ramp after he delivered the West Point commencement address in number seven.

“People are expressing their appreciation for former president Barack Obama,” is number nine.

#TrumpIsUnwell comes in at number 10.

#BestPresidentEver walks the ramp with ease and grace — and going up. #ObamaAppreciationDay https://t.co/EtZd3KJI7V
— Outspoken (@Outspoken)1592148038.0

GM everybody- I hear it’s #ObamaDayJune14th ❤️ President Obama, a man of integrity and inspiration that believed in… https://t.co/yPKFzRcLIN
— Debbie (@Debbie)1592138341.0