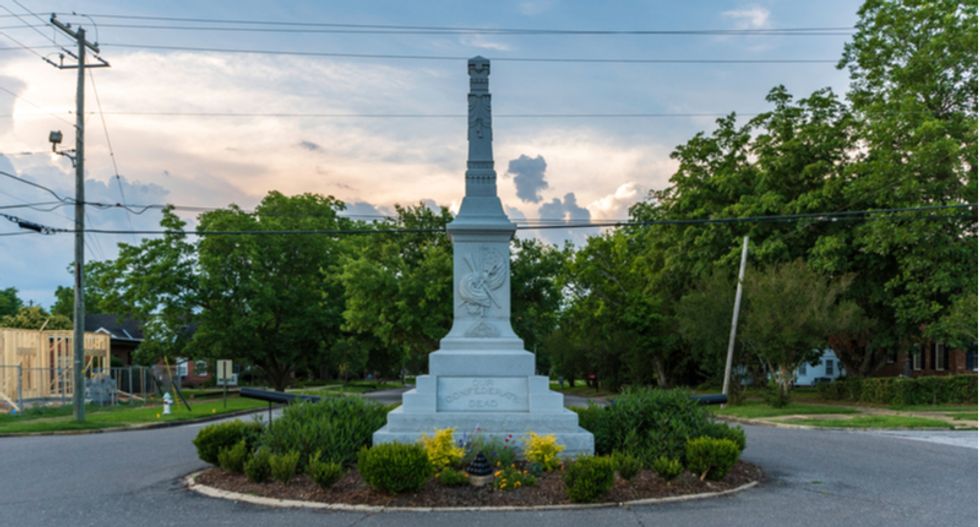 I think we have entered a kind of second phase of nationwide protests demanding justice for George Floyd and every person of color, but especially Black men, murdered by agents of the state. This phase is focused on statues and other emblems of our past.

It’s reasonable to ask where the line is. Do we take down all statues of men connected to slavery? Is George Washington as worthy of condemnation as Robert E. Lee? I have an opinion but for now I want to say I have faith. I believe there is a line though we don’t know collectively what it is. I believe it will be the product of passionate public debate. At some point, perhaps sooner than we think, we will know where this ends.

There are those, however, who are lacking faith. They do not trust the public to comprehend the problem or to determine who to tear down from platforms of honor and who to leave in place. For these people, any deviation for the status quo is disorder on the brink of anarchy. For these people, any call for change is a “slippery slope” with no end in sight. The marketplace of ideas isn’t a source of excitement. It’s a source of anxiety and uncertainty, a source of something they fear called “mob rule.” When Kentucky Senator Mitch McConnell says protesters are tearing down statues of the founding fathers like they were statues of Saddam Hussein, he’s not criticizing protesters on the merits. What he’s really doing is telling Americans to shut up.

I take Giuliani’s remarks as being part of a cohort of Americans that is searching very hard for evidence that 2020 is the same as 1968, and that public arguments over who to memorialize and who to condemn have the makings of a counterargument wholly in favor of the president and his bid for reelection. For these people, there is no social upheaval that does not remind them of their teenaged years, and there is no step forward that does not trigger a “conservative” white backlash. (To be fair to Giuliani, which I dislike doing, some liberal pundits have the same political orientation.)

They could be right. Morning Consult, a pollster, found that by a 12-point margin a majority of Americans think Confederate statues should remain standing. The same poll found public opinion evolving, though. While 52 percent in 2017 said Confederate statues should stay, only 44 percent say so today. The difference can be explained by the different between a biracial cosmopolitan chief executive whose tenure ended in 2017 and the cheating illegitimate white supremacist we’ve been stuck with since. Lots of white people, as I have noted before, could not quite bring themselves to believe the claims of Black Lives Matter while the country was being run by its first Black president. Under Donald Trump, however, they have less trouble believing BLM’s claims. Most white people are unlikely to see a rightwing counterargument, because tearing down General Lee is for them the same as tearing down President Trump.

Comparisons to 1968 are probably apt but not for reasons some think. That year saw riots, massive antiwar demonstrations and violence in every city that mattered. That year saw the assassinations of Robert Kennedy and Martin Luther King, Jr. That year saw the crackup of the Democratic Party’s ruling coalition that had prevailed in American politics since the 1930s. This was the context for Richard Nixon’s message of law and order (it was the context for his “silent majority” gambit later). Put another way, Nixon was not seen as part of “the problem” however that was defined. He was seen, indeed, he positioned himself to be seen, as a solution to apparent anarchy.

Even if a rightwing counterargument managed to take off, Trump would probably end up clipping it. That’s what he did when he said he’d outlaw tearing down statues. The focus of attention wasn’t protesters. It was him. (Again.) The more he tries, the more trying seems to backfire. He uses Nixon’s slogans as if they were magic spells. Just speaking the words makes them come true! They won’t, of course. What’s more, I suspect most people have stopped listening. They are busy focusing on the problem of systemic state-sanctioned violence against Black Americans. They are busy debating where to draw the line. Most people keep the faith. Others, sadly, have none at all.