If Joe Biden wins in November, COVID-19 could force his hand on climate change 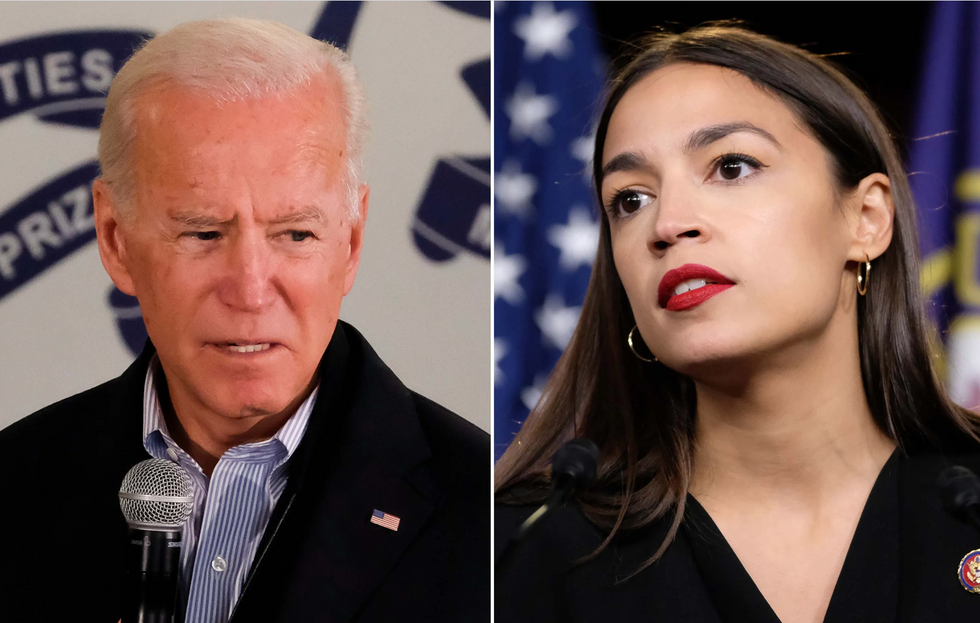 The COVID-19 pandemic has had profound impacts on the US economy, and it’s likely to have similarly far-reaching effects on our politics. Over 40 million Americans are currently unemployed. Recent polls have found economists believe it will be years before the economy recovers fully.

Obviously, this is all terribly painful, but it’s also an opportunity to finally fix an economy that has bred vast inequalities in income and has prioritized profits over people and our environment. This may be a unique situation where we can actually transform the economy to not only make it better for workers but also for the climate.

Times of crisis have changed our political dynamics in the past. When the old normal proves unworkable, people become more willing to accept proposals for making major changes to how we live. We saw this during the Great Depression when President Franklin D. Roosevelt was able to advance New Deal policies that many people would have rejected had the status quo not crashed and burned in 1929.

Roosevelt took office as the economy was at a nadir, and he began implementing safety-net policies like The Social Security Act and banking regulations like the Glass–Steagall Act. Kevin Kruse, a history professor at Princeton University, tells AlterNet that people were ready for the government to step in and do whatever it needed to do to fix the problems society was facing.

"While Americans had looked to the private sector for leadership during the Roaring 20s, when business titans proved unable (or unwilling) to save them during the Depression they turned to the federal government for solutions,” Kruse says. “On the campaign trail in 1932, Franklin D. Roosevelt proposed the government do much more than it ever had before, laying out a progressive vision for government regulation and the welfare state. Voters readily embraced him and his proposals, but also took on a more active role themselves, getting involved with political organizations, labor unions, and other activist groups like never before."

Everything was on the table during The Depression. Americans debated the virtues of fascism and communism and anarchy—ideas that had previously been far outside of the mainstream.

The interlocking catastrophes that we’re living through now may force presumed Democratic nominee Joe Biden to lay out a bolder vision for how America can move forward than he otherwise would have. It seems he’s aware of this, as a New York Magazine article from last month claims he now sees the need for an “FDR-size presidency.” If that’s the case, then Biden should use this moment to propose a massive overhaul of the economy that would rise to the challenge of fighting climate change.

We face widespread illness and economic pain and our democracy is in a crisis the likes of which we haven’t seen in generations. There is no reason to believe that these events won’t reshape long-running debates within the Democratic coalition. The pandemic will likely change the contours of the healthcare discussion, but beyond that we’re also seeing the devastation of a failure to take collective action against a life-and-death problem that requires it. Biden has taken heat from the left for his apparent belief that the fever that’s gripped the Republican Party would break with Donald Trump’s defeat, but after seeing the entire party lean hard into their leader’s authoritarianism, it’s hard to imagine that belief will endure. This moment will almost certainly reshape our political divides in ways both intuitively obvious and impossible to predict.

Biden has long been criticized for proposing climate change solutions that tinker around the edges as we stand on the precipice of disaster. Biden obviously takes the issue far more seriously than Donald Trump, but climate scientists are warning that we’re running out of time to arrest global warming and need to make drastic changes as soon as possible to avoid the most catastrophic potential effects. Climate change is a top issue for Democrats and independents, so proposing serious plans to address it would likely help Biden politically as well, shoring up support on his left.

Given the wildly disparate impacts of the coronavirus recession, such a proposal must  benefit the average worker. During her presidential bid, Sen. Elizabeth Warren put out a plan to create nearly 11 million “green new jobs” in the energy sector, construction, and in transportation and water infrastructure. The plan would ban producing vehicles that run on fossil fuels by 2030, and it would make that possible by investing in new charging stations around the country and incentivizing the development and production of electric vehicles. It would make major investments in offshore wind energy, and it lays out how to rebuild the nation’s infrastructure in a way that would dramatically reduce carbon emissions.

If Biden wants some strong, effective plans for tackling climate change and improving the economy at a time when he may enjoy more support for activist government, then he would do well to adopt proposals like Warren’s. We may now have a greater opportunity than ever to take on climate change, and it would be a tragedy to let it pass us by