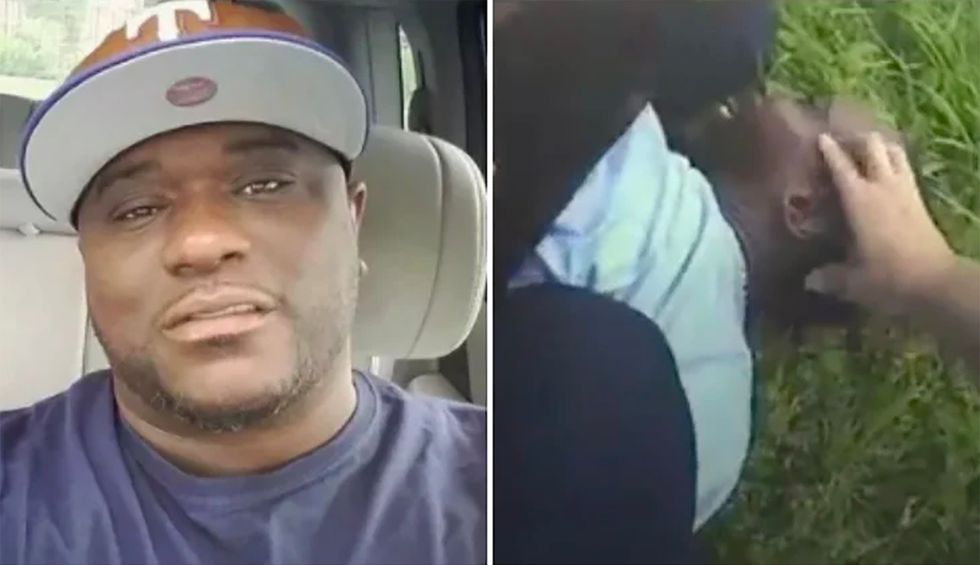 As nationwide protests against police violence continue filling city streets, new evidence has emerged in the police killings of other Black men as they begged for breath.

The demonstrations were touched off when Minneapolis police officer Derek Chauvin kneeled on George Floyd’s neck until the 46-year-old Black man died, and new video evidence shows the moments that led up to the deaths of Black men last year in Oklahoma and Texas.

KVUE-TV has been seeking records and evidence in the March 28, 2019, killing of 40-year-old Javier Ambler in Williamson County, where a sheriff’s deputy tried to stop him for failing to dim the headlights of his SUV to oncoming traffic.

Records show that deputies used Tasers on Ambler at least three times as the father of two told them he had a heart condition and could not breathe, but Williamson County Sheriff’s Office has tried to block information from release since reporters first asked in February.

The cable reality show “Live PD” was riding with two deputies and appears to have filmed Ambler’s death, but District Attorney Margaret Moore is troubled that producers have not provided any footage to investigators, and she’s frustrated that the sheriff’s office refuses to cooperate.

Amber’s death was ruled a homicide, and medical examiners listed the cause of death as congestive heart failure and hypertensive cardiovascular disease associated with morbid obesity “in combination with forcible restraint.”

The autopsy report hasn’t been released, but the in-custody report filed with state officials noted that Ambler did not appear to be intoxicated by drugs or alcohol.

KTUL-TV reports on another new video evidence from another police killing, in May 2019 in Oklahoma City, which Black Lives Matter had demanded as part of its ongoing protests of Floyd’s killing.

The video shows Derrick Scott take off running from officers trying to arrest him, but they catch up and tackle the Black man.

Scott tells officers he had been smoking PCP and was experiencing medical distress, but police remain on top of him — even after he tells them he cannot breathe.

An ambulance arrives and takes him to a nearby hospital, where he was pronounced dead.

The case was presented to the Oklahoma County District Attorney’s Office for review, but prosecutors found officers had not acted inappropriately and declined to charge any police involved in the killing.

A medical examiner found no fatal trauma, and Scott’s manner of death was listed as unknown.