How Trump's attacks on Joe Biden have 'boomeranged back on him' 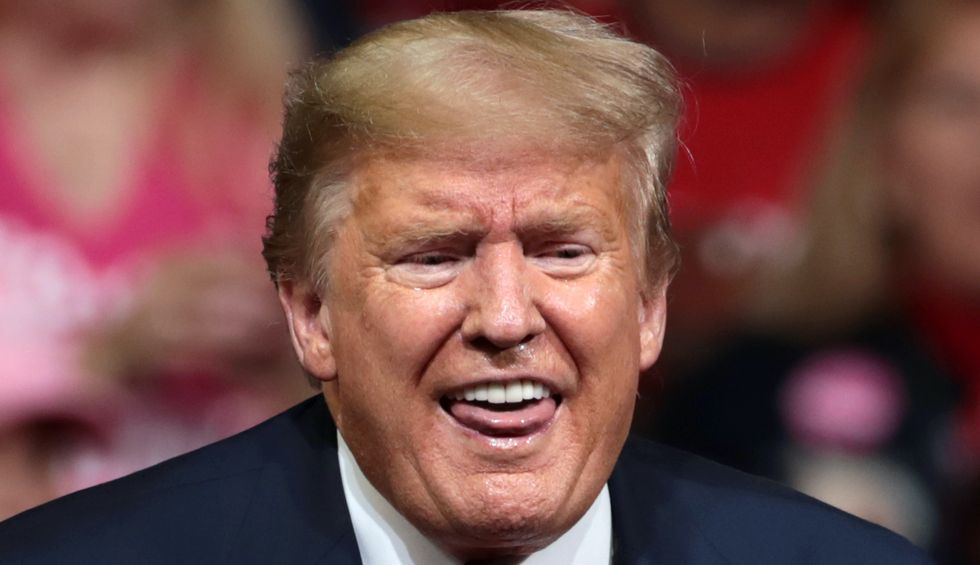 Although President Donald Trump has been widely criticized for his inadequate response to the coronavirus crisis, he has a reputation for being a major germaphobe and obsessing over his health. Trump, now 73, has often boasted about how fit and healthy he believes he is. And journalists Ashley Parker and Josh Dawsey, in the Washington Post, report that recently, Trump has become even more obsessed with his physical and mental health.

Trump, according to the Post reporters, has shown a “growing preoccupation in recent weeks over perceptions of his mental and physical health at a time when critics have mocked him for episodes in which they say he has appeared frail or confused.”

Trump has repeatedly described former Vice President Joe Biden, the presumptive Democratic presidential nominee, as “Sleepy Joe” — which is Trump’s way of saying that Biden is over the hill and doesn’t have what it takes to run the United States. But the “Sleepy Joe” insults, according to Parker and Dawsey, “have boomeranged back on him, as opponents have seized on Trump’s own missteps to raise concerns.”

“Another sign of Trump’s unease came Saturday night in Tulsa, when the president devoted more than 14 minutes to regaling a campaign rally crowd with the tale of ‘the ramp and the water,’” Parker and Dawsey explain. “Eager to dismiss questions about his fitness after he struggled with a glass of water and walked unsteadily down a ramp following his June 13 commencement address at the U.S. Military Academy at West Point, Trump offered a revisionist history.”The reporters continue, “The ramp on that sunny day, Trump asserted, was as slippery as ‘an ice-skating rink.’ But he ‘ran down’ it nonetheless, he claimed, despite video evidence showing him shuffling down the incline haltingly. As for the water, Trump said, he used two hands to drink because he didn’t want to spill on his expensive silk tie.”

Hawaii Sen. Brian Schatz, a Democrat, finds it ridiculous that Trump put so much time and effort into trying to convince voters how physically and mentally strong he is. Schatz told the Post, “In the middle of the worst economy in a century — and with more than 100,000 Americans dead — this guy is primarily concerned with not looking weak. And his endless, bottomless insecurity was onstage, in three dimensions, during that storytelling moment, for everyone to see. I’ve seen a lot of crazy things in the last four years, but that display of juvenile behavior and self-regard will go in the Trump time capsule.”