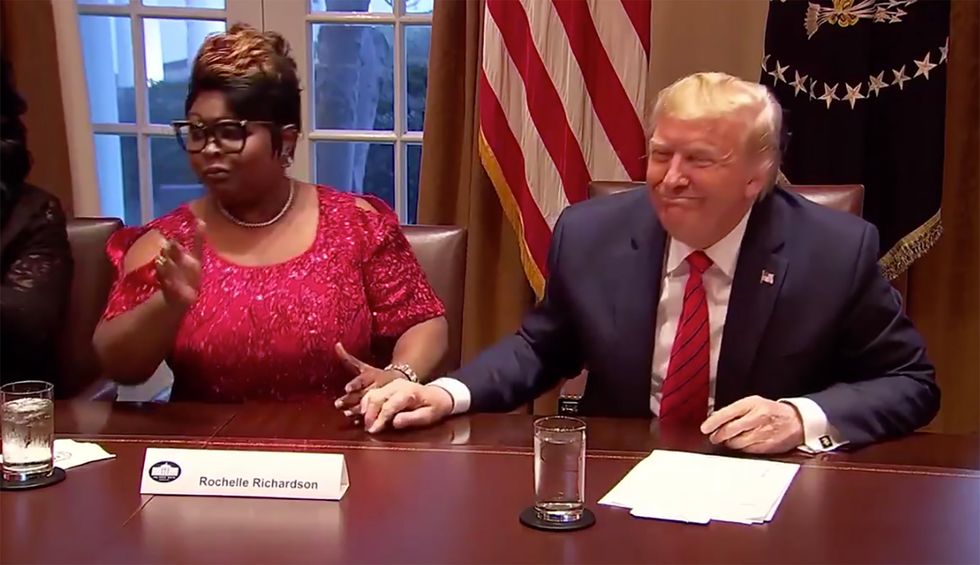 More information is coming out on the timeline of when President Donald Trump was reportedly briefed on a Russian plot to offer bounties for the killing of U.S. troops in Afghanistan.

“The new information emerged as the White House tried on Monday to play down the intelligence assessment that Russia sought to encourage and reward killings — including reiterating a claim that Mr. Trump was never briefed about the matter and portraying the conclusion as disputed and dubious,” the newspaper reported. “But that stance clashed with the disclosure by two officials that the intelligence was included months ago in Mr. Trump’s President’s Daily Brief document — a compilation of the government’s latest secrets and best insights about foreign policy and national security that is prepared for him to read. One of the officials said the item appeared in Mr. Trump’s brief in late February; the other cited Feb. 27, specifically.”

Due to the president’s fixation with sharing his thoughts on Twitter, we can see what he was focused on on February 27th.

Trump started February 27th on Twitter by hyping an upcoming campaign rally in North Carolina, which the president was hosting despite the pandemic.

He then retweeted a quote from Fox News anchor Trish Regan, blasting CNN for their coverage of the pandemic.

Trump then praised his Coronavirus Task Force for a “great job” and said cases of COVID-19 “look to be going down.”

Congratulations and thank you to our great Vice President & all of the many professionals doing such a fine job at… https://t.co/5Yt8uaBEms
— Donald J. Trump (@Donald J. Trump) 1582857560.0

Word is that Mini Mike Bloomberg performed so poorly in the two debates, that he is thinking about dropping out of… https://t.co/VAH8g5EPTQ
— Donald J. Trump (@Donald J. Trump) 1582859788.0

He then accused CNN of being “fake news” in a second tweet quoting Trish Regan.

He also praised a clip of Diamond and Silk, saying it was “so nice!”

Then came complaints he was being blamed for America’s coronavirus response.

So, the Coronavirus, which started in China and spread to various countries throughout the world, but very slowly i… https://t.co/uz44BxMCsQ
— Donald J. Trump (@Donald J. Trump) 1582866302.0

He then again praised his administration’s response to coronavirus.

The Do Nothing Democrats were busy wasting time on the Immigration Hoax, & anything else they could do to make the… https://t.co/AZIBzeaem6
— Donald J. Trump (@Donald J. Trump) 1582868594.0

And he finished his day on Twitter with threats to withhold federal funding from U.S. cities.

The next day, Trump traveled to South Carolina, where he was holding a 2020 reelection rally despite the pandemic.