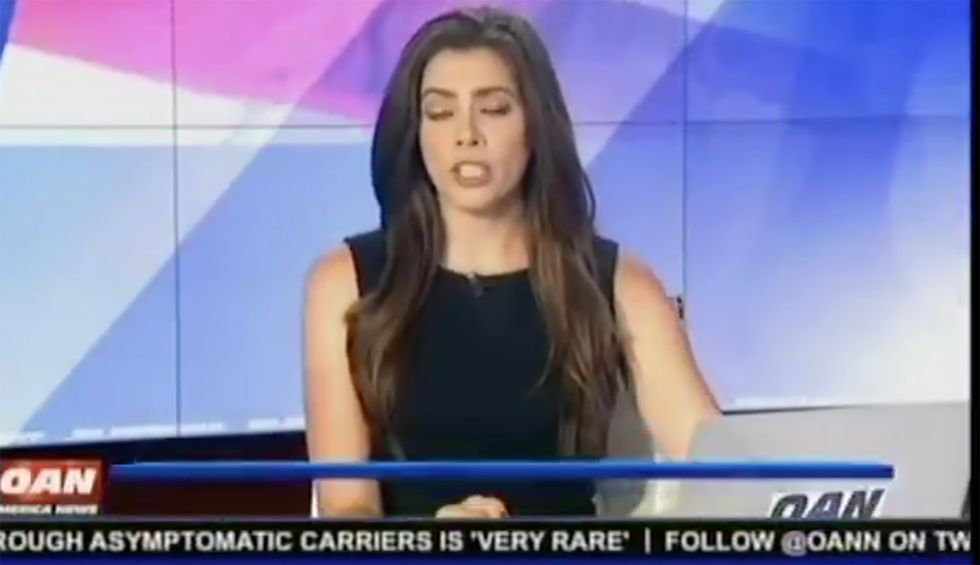 Buffalo police have been widely criticized for a disturbing incident in which a 75-year-old George Floyd protestor, Martin Gugino, was violently shoved to the ground. And now — based on reporting by the right-wing cable news outlet One America News President Donald Trump — is smearing the man as an “Antifa provocateur.”

OANN or OAN prides itself on being more pro-Trump than Fox News, which Trump has criticized at times for not being consistently supportive of him. Here's the segment the network aired on Gugino.

Trump tweeted, “Buffalo protester shoved by Police could be an ANTIFA provocateur. 75 year old Martin Gugino was pushed away after appearing to scan police communications in order to black out the equipment. @OANN I watched, he fell harder than was pushed. Was aiming scanner. Could be a set up?”

Gugino is still hospitalized because of the injuries he suffered. Two Buffalo police officers, Aaron Torgalski and Robert McCabe, have been charged with assault.