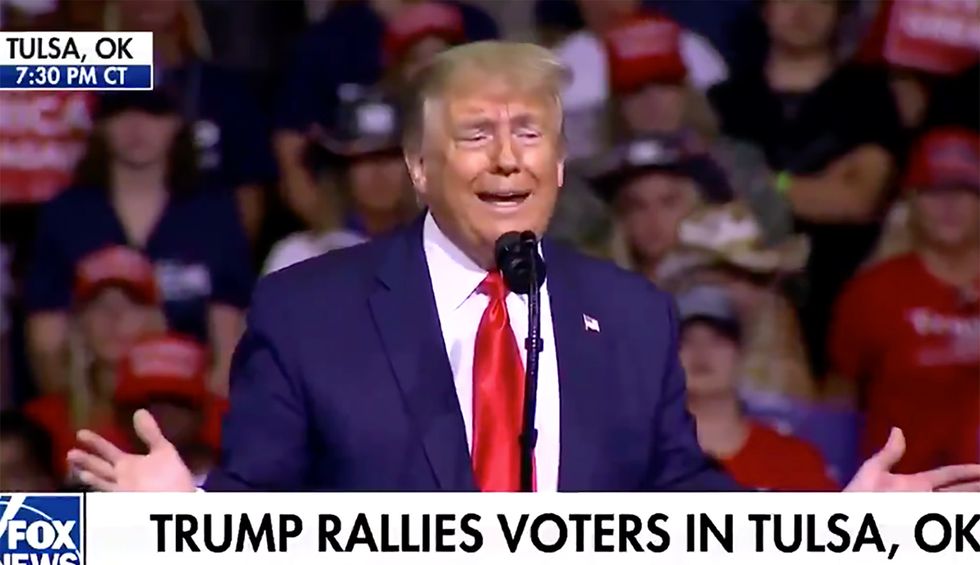 President Donald Trump on Saturday spoke for 101 minutes during a campaign rally in Tulsa.

There was one line in the speech that stood out.

It was quickly suggested that Trump’s line would be seen in campaign ads.

The Lincoln Project, which has been producing hard-hitting ads against the president, also noticed the admission.

“Trump just admitted that he told his team to slow down the testing,” the group noted.

Here’s what others were saying about Trump’s statement on COVID-19 testing:

Trump just told the crowd in Tulsa that he told his Administration to “slow the testing down, please” so the corona… https://t.co/0duAkZdeKp
— Renato Mariotti (@Renato Mariotti)1592700773.0

Trump admitted to his rally audience tonight that he told his team to slow down COVID-19 testing for the American p… https://t.co/chpCaAM80Y
— Evan McMullin (@Evan McMullin)1592700215.0