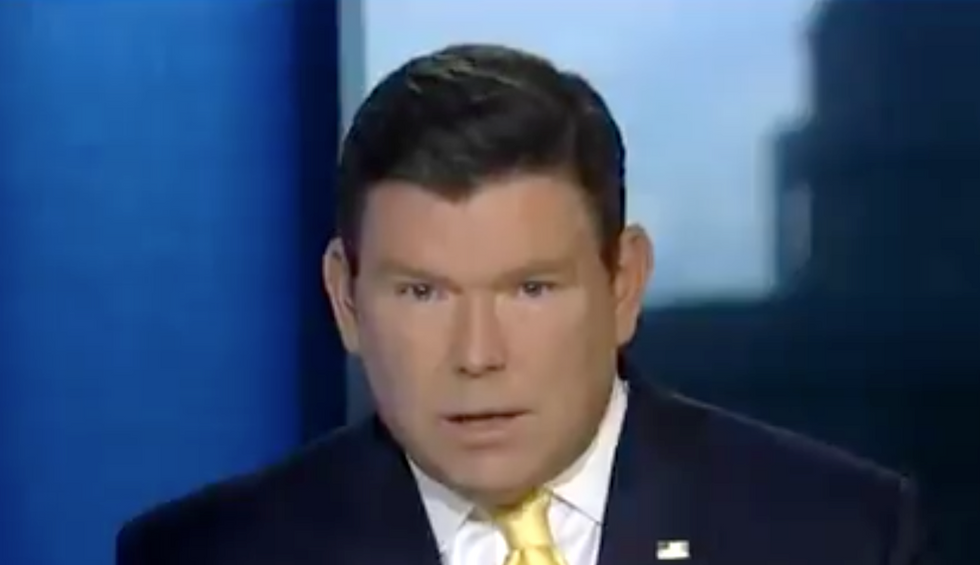 There's a new Fox News poll out surveying key swing state opinions about the 2020 race for the White House, and it paints a bleak picture for President Donald Trump's chances:

As CNN's Harry Enten pointed out, Biden doesn't need to win a single one of these states to prevail in the election. If Biden wins any of these states, he's most likely already surpassed the 270 electoral votes needed to become the next president. I wouldn't bet on him winning all four states; the idea that Biden will win Texas, in particular, seems farfetched — if not impossible — despite what this poll found. But Biden's 9-point lead in Florida should be particularly concerning for Trump. The president absolutely needs to hold the Sunshine State to maintain his grip on the presidency, and this poll — as well as many others — makes it look like a real challenge for Trump.

In the face of this grim news for the president, a Fox News panel struggled to spin the findings to offer comfort to its Trump-loving viewers. The result was an outright comedic display of searching for caveats and extraneous considerations to avoid grappling with the truth. Of course, despite this poll, and many others like it, Trump could still win. Major upsets do happen in politics. But there's no comfort to be found in these results for the president.

Brett Baier, a regular Fox News anchor, began the spinning right away, suggesting many "everyday Americans" might not yet be tuned in to the election. This might be true, to some extent, whatever it means. But the fact is that Trump and Biden are two of the most recognizable figures in American life. Respondents to the polls know who they're talking about.

But it was Charlie Hurt, opinion editor for the Washington Times, who really spun hardest for the president.

"I think you gave a very good rundown on why some of these polls, this early out, are to be taken with at least a slight grain of salt," he said. "And I think those caveats become even greater when you look around at the environment that we're looking at right now where you have, you know, one of the reasons that people are reluctant to talk to pollsters has a lot to do with, you know, the toxic environment that we're in."

It's not clear why people are any more "reluctant" to talk to pollsters right now than at any other time. This just seems like a made-up claim.

He continued: "And so with that caveat, I think it's important to also note that the campaign has just begun. Obviously, as anybody would note, you know, you want to be ahead in the polls at all times." (Indeed!) "But the campaign has just begun and when people look around and they see the lawlessness in the streets and they see we've just been through a pandemic, an economic collapse the likes of which this country has never seen before, you know, it's going to be a full three-, four- or five-month campaign before these issues start to get sorted out."

One would typically think that a deadly pandemic, economic collapse, and public unrest would all be bad for a sitting president, but that's clearly not the message Hurt wanted to send.

It seems to be something of an article of faith among many on the right that the "lawlessness in the streets" will work for Trump's benefit. Much of this supposed lawlessness has been exaggerated in right-wing media, but such as it exists, there's no reason to think it doesn't reflect badly on Trump himself. Trump is the president. He's overseeing the disorder. The idea that he's the solution to it is hard to believe.

Baier, too suggested that the trend of statues being torn down, and the lack of consensus in Congress on police reform, might somehow "boomerang" back against Democrats. He didn't consider the possibility that it could make things worse for Trump.

Jason Riley of the Wall Street Journal said the answer to Baier's question has "yet to be seen." Again, he didn't consider that the issue could hurt Trump as much as it may hurt Biden. He did admit, though, that while the White House wouldn't be "panicking" about the new numbers, it should be concerned, and it's clear Trump is behind where he was against Hillary Clinton this time in 2016.