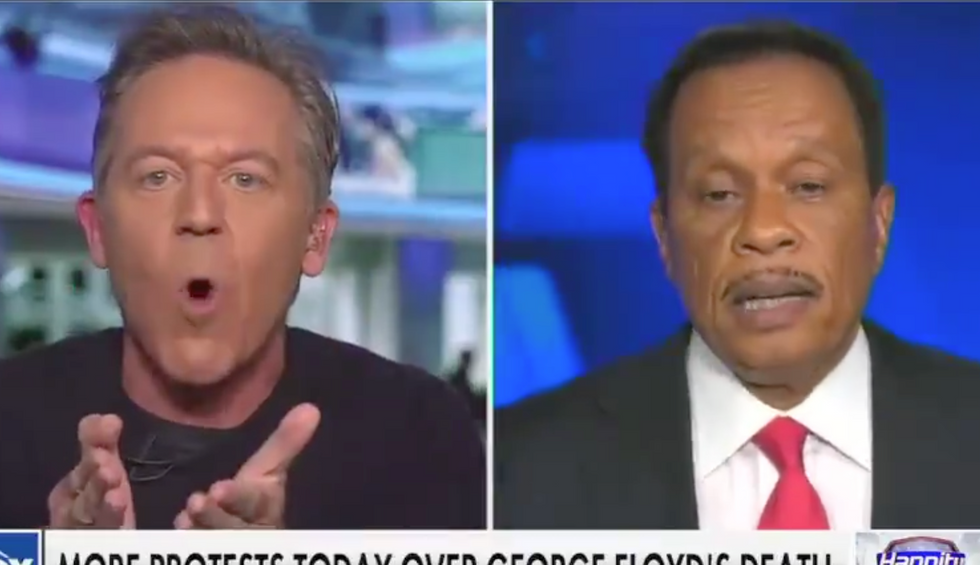 Fox News host Greg Gutfeld erupted on Monday live on air during "The Five" as his black co-host Juan Williams tried to explain the frustration driving protests and unrest in the wake of the killing of George Floyd.

"People should be serious in dealing with the reality that so many black people in this country face on a daily basis," Willaims said. "Which is being treated like a suspect by police and brutalized in some cases. Remember stop-and-frisk? ... It's damaging to human beings who don't want to be treated as if they are criminals simply on the basis of their skin color. And yet, you see the national security adviser, this weekend —"

And that's when Gutfeld, screaming, cut him off — which, as became clear later, came at a crucial moment. Because Gutfeld wanted to argue that what Williams was saying was uncontroversial, and the protesters have no one to be mad at.

"But Juan! But Juan! Nobody is disagreeing with you!" shouted Gutfeld.

He kept repeating the question, adding, "Come on, tell me!" even as he kept cutting Williams off.

"I'll tell you what it's against," Williams said. "If you give me the chance to speak. I can see you don't want me to speak."

Gutfeld, bafflingly, just repeated that nobody was disagreeing.

Another host, Jesse Watters, then cut in to diminish Williams' point: "Juan, let's move this along. This is not about Robert O'Brien."