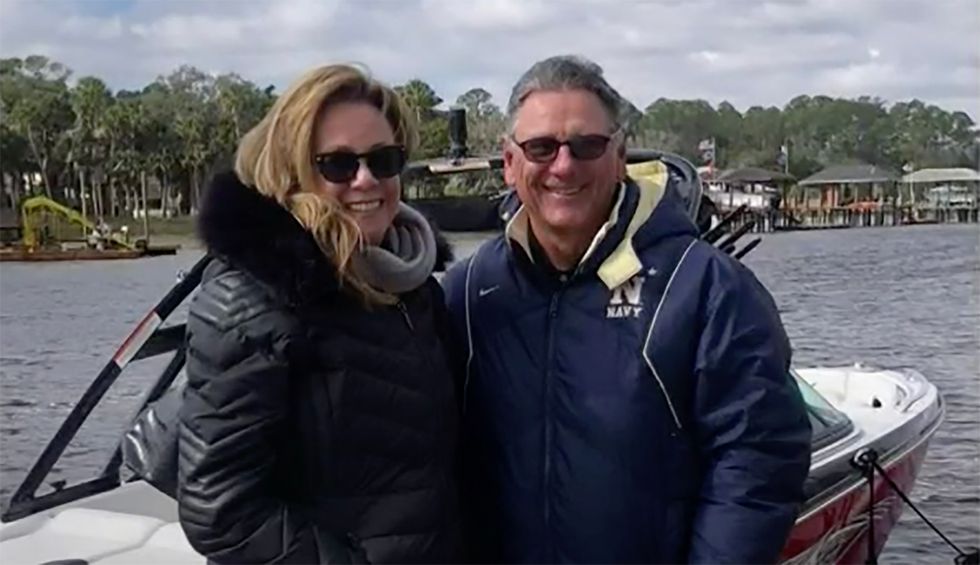 A retired U.S. Navy captain let his racist ideology show on Facebook Live when he apparently didn't know he was going live in a conversation with his wife Friday night in Florida. Capt. Scott Bethmann could be heard in an Atlantic Beach community group spewing the n-word in complaints about his position as a white man in American society, according to First Coast News.

It’s unclear if she has faced any professional repercussions as a result of the conversation, but Bethmann later retired both as a trustee on the U.S. Naval Academy Alumni Association board and treasurer of Jacksonville's local USNAAA chapter, First Coast News reported.

When we say #BlackLivesMatter it extends to the workplace too. I often wonder how white people talk about black peo… https://t.co/awjjuu4Oud
— Tamieka (@Tamieka) 1591510411.0

The conversation lasted 33 minutes before Bethmann realized he had went live with his remarks on Facebook, First Coast News reported. “I clicked onto some live event. What are they talking about," he asked. His apology soon followed.

“There are no words that can appropriately express how mortified and apologetic my wife and I are about the insensitive things we said that were captured on social media,” Bethmann said in a statement First Coast News obtained. “There is never a time when it is appropriate to use derogatory terms when speaking about our fellow man. I know that an apology from us rings hollow on many ears in our community, especially in the current environment.

“We intend on using this experience as an opportunity to grow, listen, learn, and reflect. We are deeply sorry for the impact our actions have had on the Naval Academy, my fellow servicemen and women, our former colleagues, friends, family, and the community as a whole. We are committed to educating ourselves more on the racial inequalities in this country and being better people.”

Today I was made aware of statements posted to a public forum attributed to an alumni volunteer of the U.S. Naval Academy Alumni Association Board of Trustees representing the Jacksonville, FL, chapter.

These attributed statements do not represent the mission and values of the Alumni Association, the Naval Academy or the U.S. Navy.

As volunteer leaders in our communities, we must be inspirations and examples for all citizens. As Chairman of our Alumni Association, I have accepted the resignation of this alumnus effective today, and asked the Jacksonville, FL, chapter to take appropriate action to appoint a new Chapter Trustee.

The Naval Academy Alumni Association represents more than 65,000 individuals from diverse backgrounds and perspectives. We support the Naval Academy mission. As alumni, we seek to uphold the Naval Academy core leadership values of honor, courage and commitment. As an alumni organization, we seek to be an inspiration for all young people who want to become future Navy and Marine Corps officers. We will continue to honor that inspirational role. We are all in this together. We must face the challenges of today and all future challenges of tomorrow...together.

Bethmann, 63, also had his membership in the Atlantic Beach Country Club rescinded, according to The Florida Times-Union. “Be assured we find these comments extremely offensive, inflammatory and antithetical to what this Club stands for and represents,” the country club said in a statement The Florida Times-Union obtained. “As such, we have voted today to immediately expel this member and his family from the Club.”