Dr. Fauci breaks with the White House to warn of a 'disturbing surge' in coronavirus 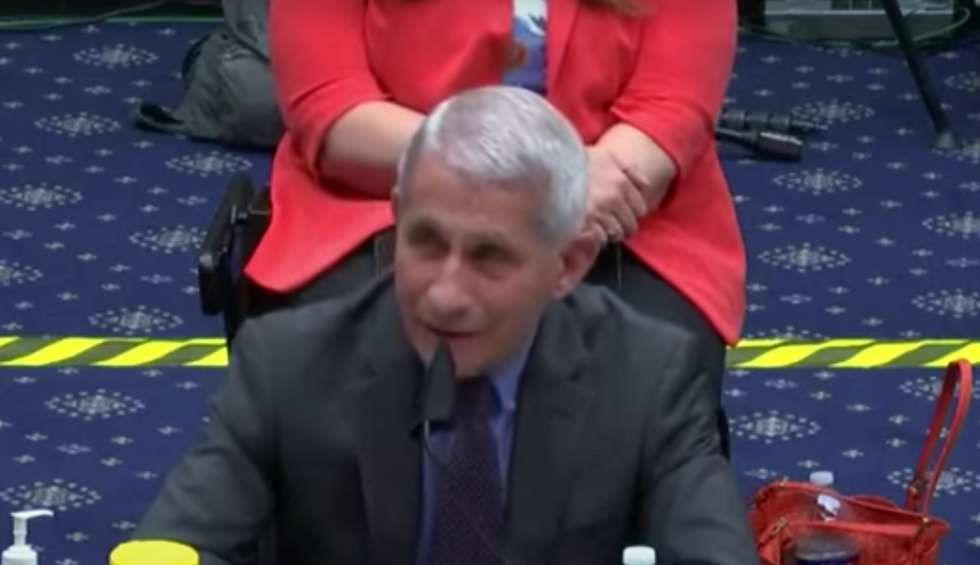 Just after President Donald Trump on Tuesday doubled down on a claim that he ordered a slowdown in Covid-19 testing in response to the recent surge of cases in more than two dozen U.S. states, Dr. Anthony Fauci testified to Congress that no members of the White House Coronavirus Task Force have been given such a command.

"To my knowledge, none of us have ever been told to slow down on testing," Fauci told members of the House Energy and Commerce Committee in response to a question about Trump's remarks. "It's the opposite. We're gonna be doing more testing, not less."

Fauci's testimony appeared to contradict Trump's declaration during a campaign rally in Oklahoma Saturday that he ordered members of his administration to "slow the testing down."

The president did not specify to whom he gave the order, saying only that he told "my people."

Speaking to reporters Tuesday morning, Trump said he was not joking about giving the instructions—exploding a narrative that White House officials pushed in the wake of the president's weekend remarks. White House press secretary Kayleigh McEnany said during a press briefing Monday that the president's comments were made "in jest."

NEW: Asked whether he was kidding when he claimed at his Tulsa rally he had instructed officials to slow down COVID… https://t.co/UDA5okNA7T
— ABC News (@ABC News) 1592920481.0

In a sharp break from the White House's rosy depiction of the fight against Covid-19, Fauci warned in his testimony that the U.S. is currently in the midst of a "disturbing surge" in coronavirus infections as states continue the process of reopening their economies.

The Financial Times reported Monday that the U.S. is experiencing "a sharp uptick" in Covid-19 cases "as outbreaks in southern and western states have pushed the daily number of infections over 25,000 again after dipping below 20,000 at the beginning of June."

"We are still in the middle of the first wave," Fauci said. "The next couple of weeks are going to be critical in our ability to address those surges we are seeing in Florida, Texas, Arizona, and other states."