Christopher Columbus was the Donald Trump of his era 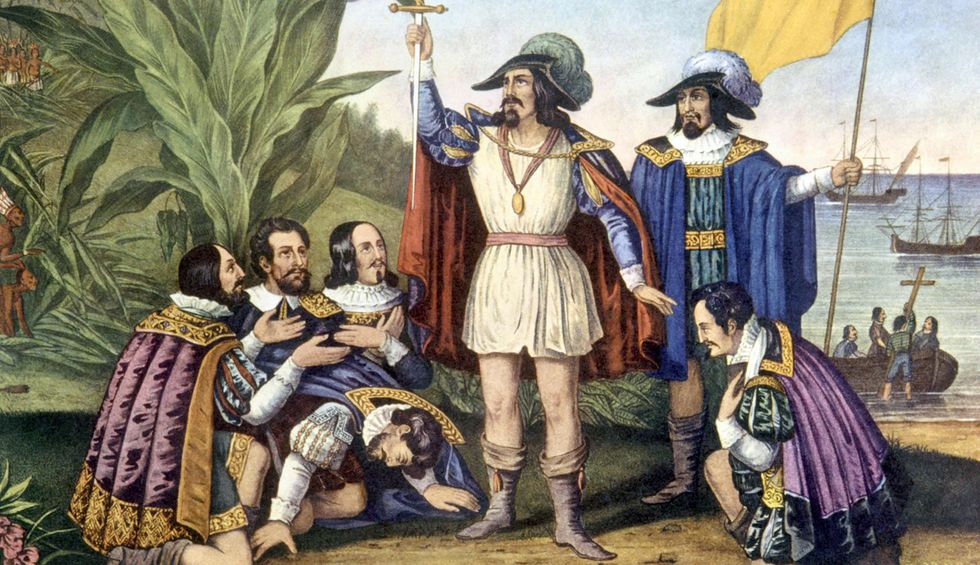 Communities across America are beginning to embrace Indigenous People’s Day. Is this an example of political correctness run amok, as conservatives tend to see it? Or, are liberals right in arguing that it’s an important acknowledgement that beneath the foundation of our vaunted Western values lie the scorched remains of millions of native Americans?

Editor's note: This article was originally published in 2015.

Allow me to offer a Third Way.

It’s true that by modern standards, Christopher Columbus was clearly a genocidal maniac, although his brutality toward indigenous people wasn’t all that exceptional in the context of early European colonialism.

But even if you don’t care about that, we still shouldn’t celebrate Christopher Columbus for the same reason we don’t take a day off to honor André Maginot for his defensive line in France prior to World War II, or the guy who thought up New Coke for his marketing genius: Columbus was a self-aggrandizing jerk who largely stumbled into the history books despite getting a whole bunch of things wrong.

In a sense, he was like the Donald Trump of his day, a doofus with no small amount of ambition and one great skill: self-promotion. (Fact: Trump would be just as wealthy today if he’d just invested his inheritance in an index fund and sat on a beach drinking piña coladas rather than making all those “great” deals.)

It’s true that Columbus didn’t win the sperm lottery like Trump. He was born to a weaver who ran a cheese stand on the side, and took to the seas looking for adventure and riches at a very young age. But it’s also true that he sucked up to the leading families of Genoa until he was able to marry into the aristocracy with his betrothal to Filipa Moniz Perestrelo, a Portuguese noblewoman whose family was a bit down on their luck. Worried that she was growing into a spinster at the ripe old age of age 25, they were eager to marry her off to someone, even an ambitious commoner as long as he didn’t ask for much in the way of a dowry.

When the Ottomans captured Constantinople in the mid-15th century, Europe’s land passage to Asia – the “Silk Road” – had become treacherous, and navigators started talking about reaching the continent by sailing West. Most of their energy was directed at finding a route around Africa. And most of them were working from an estimate of Asia’s location developed by the Alexandrian scholar Ptolemy in the 2nd century.

It was considerably off, but not nearly as far from the mark as the Greek mathematician Marinus of Tyre’s estimate, which Columbus embraced.

Columbus also differed from Trump in that he was a voracious reader. Based on the extensive body of knowledge he’d accumulated over the years, he estimated that the coastline of Japan was about 2,300 miles to the West, and that he could reach it by sailing across the Atlantic. He was only off by around 5,500 miles.

He pitched his planned route twice to King John II of Portugal, whose own scientists thought he was a crackpot.

He then approached King Ferdinand and Queen Isabella of Spain. The history books don’t record whether he promised them that his Western route would be huge, classy and/or only the best, but we do know that after a relentless, three-year lobbying campaign, the Spanish Court, worried about falling behind the Portuguese (who were well on their way to establishing a route around Africa), and perhaps eager to get Columbus out of their hair, gave him some ships, promised him some awesome titles if he succeeded in his journey and wished him the best of luck.

By now, everyone knows that Columbus accomplished neither of the two things that we learned about in grade school. The Viking Leif Erickson was probably the first European to establish a settlement in the Americas some 500 years earlier, and by 1492, only uneducated peasants still believed that the world was flat.

But whether as a result of his navigational prowess or some lucky tailwinds, Columbus’s flotilla did hit the Caribbean, and that event certainly changed the course of human history.

(It’s believed that Rodrigo de Triana, a sailor aboard the Pinta, was the first to actually spot the “New World,” but the Spanish had promised a lifetime pension to the man who first spotted land, so Columbus, being the huge jerk that he was, later claimed that he’d spied land the night before but didn’t bother to mention it and claimed the pension for himself. Perhaps it was de Triana’s disillusionment with working for assholes like Columbus that caused him, upon his return to Spain, to ship out for Africa and convert to Islam, but that’s just speculation.)

That was the first of four voyages Columbus would make. Historians say that his real historical significance stems not from “discovering” the Americas, but establishing an enduring presence there. It led to the the “Columbian Exchange (AKA the “Grand Exchange”), when plants and animals were swapped between Europe and the Americas. It was a huge, world-changing event, and would have an immense impact on the future of both continents.

It also introduced novel European diseases to the indigenous people that wiped out huge numbers of them. That’s pretty well known. And you can’t really blame old Christopher for it, given the limits of scientific knowledge at the time.

But you can blame him for the complete annihilation of the Arawak peoples native to Hispaniola, where the modern states of Haiti and the Dominican Republic are located. It’s true that many of them succumbed to disease, but the rest were worked to death in Columbus’s compulsory labor system, or slaughtered outright when they attempted to resist. According to historian Bob Corbett, it’s the “only case in history” of a “complete and total genocide” actually being accomplished.

Less well-known was Columbus’s apparent responsibility for transmitting American diseases back to Europe, which can likely be traced to his men being set loose to rape and pillage wherever they landed. A genetic study published in 2008 found that it was Columbus’s sailors returning from the first voyage who brought syphilis back to Europe with them, which two years later led to the “Great Pox” that’s believed to have killed five million Europeans. That was about one in six — or the equivalent of 125 million relative to today’s population. Karma’s a bitch.

In any event, Columbus got his lifetime pension and his titles – Admiral of the Ocean Sea and Viceroy and Governor of the Indies, the latter making him effectively the dictator of Hispaniola. It was in that role that he and his brothers, Bartolomé and Diego, really distinguished themselves as horrible people. Documents recovered in the past ten years revealed that, as The Guardian put it, Columbus ruled as “a greedy and vindictive tyrant who saved some of his most violent punishments for his own followers.” These “included cutting off people’s ears and noses, parading women naked through the streets and selling them into slavery” for offenses like saying bad things about Christopher Columbus.

When stories of the Columbus brothers’ cruelty and incompetence reached the Spanish Court, Queen Isabella and King Ferdinand had them returned to Europe and thrown into prison. That’s probably where the story should have ended, but like fans of The Apprentice, the Spanish monarchs were apparently persuaded by Columbus’s silver tongue. After considering his appeals, they freed the brothers and financed Columbus’s fourth and final voyage.

Most historians think that Columbus clung to the belief that he had landed in Asia until his death in 1506. At the end of his days, he must have been one of the few who still did, given that Amerigo Vespucci’s accounts of exploring the “new” continent had been widely published in Europe a few years earlier.

But by that time, Columbus was chronically ill, and was devoting his time to writing a book of nutty apocalyptic Christian prophesies which predicted that Ferdinand and Isabella would vanquish Islam and usher in the Second Coming of Christ.

Vespucci would have an entire continent named after him, while Columbus settled for a Latin American country –which is pretty cool – some monuments, a boring town in Ohio and a swamp on the border between Maryland and Virginia that would later come to be seen as a symbol of inept governance. In hindsight, perhaps that last one is the most appropriate.

So this is the man we’re getting Monday off of work to honor. And whether you’d prefer to celebrate Indigenous People’s Day or Columbian Exchange Day, it seems pretty clear that we shouldn’t be celebrating Christopher Columbus because, seriously: Fuck that guy.