Black pastors express solidarity with George Floyd protestors — and rip the president for his tear gas stunt: 'Your hands are too small to box with God' 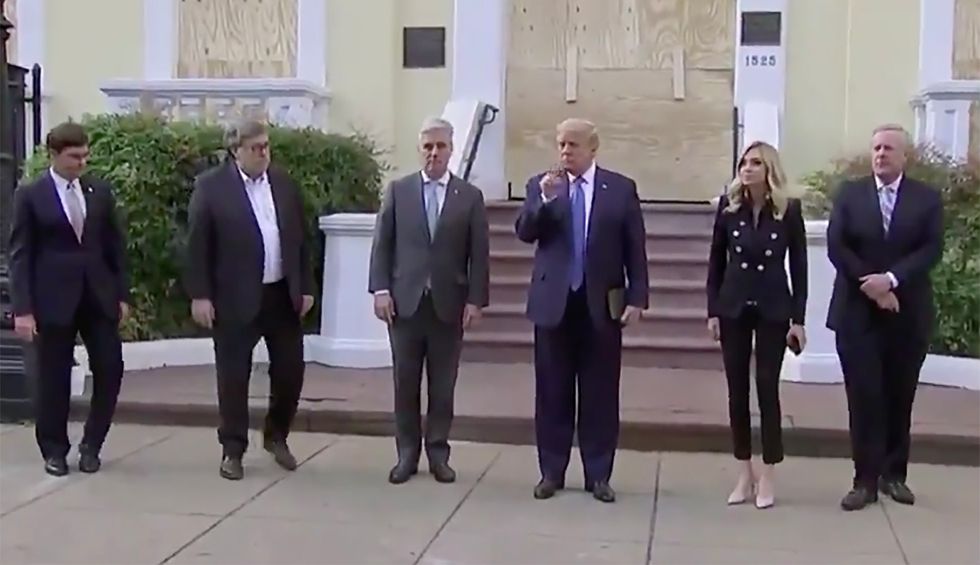 Around the world, President Donald Trump and Washington, D.C. police are drawing vehement condemnation following the disturbing events on Monday, June 1 in Lafayette Park — where non-violent “Justice for George Floyd” demonstrators were bombarded with rubber bullets and teargas so that police could clear the way for Trump to walk to nearby St. John’s Episcopal Church and make a speech. And some of the condemnation is coming from a group of African-American church bishops, who the following morning, stood in the front of St. John’s and decried Trump’s actions and police brutality.

One of the bishops declared, “God is always on the side of the oppressed. Mr. President, I promise: your hands are too small to box with God.”

Pastors on the steps of #StJohnsChurch calling for end to police brutality, solidarity with #DCProtests. “God is al… https://t.co/1yyHeQdvyP
— Heidi Thompson (@Heidi Thompson)1591107535.0

Reporter Jack Jenkins, @jackmjenkins, tweeted, “Note: ‘God is on the side of the oppressed’ is a classic axiom of liberation theology. However, ‘Your hands are too small to box with God’ is a newer one.”

@Smwol298 humorously said of Trump, “You know how sensitive he is about his itty bitty hands.” And @DogLovinBear responded, “Oh yeah. that's why I like the update.”

@jackmjenkins @KevinMKruse LOL, I think the actual line is "your arms are too short to box with God", but I wholely approve this revision.
— Howard West (@Howard West)1591109292.0