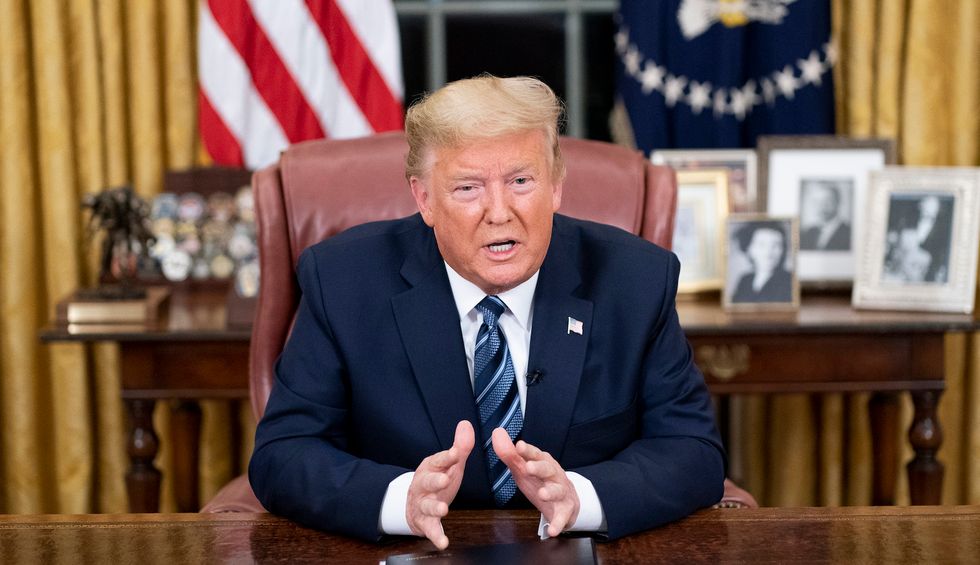 At 98, historian Bernard Weisberger has seen it all. Born in 1922, he grew up watching newsreels of Benito Mussolini and Adolf Hitler as they rose to power in Europe. He vividly remembers Mussolini posturing to crowds from his balcony in Rome, chin outthrust, right arm extended. Nor has he forgotten Der Fuehrer’s raspy voice on radio, interrupted by cheers of “Heil Hitler,” full of menace even without pictures.

Fascist bullies and threats anger Bernie, and when America went to war to confront them, he interrupted his study of history to help make history by joining the army. He yearned to be an aviator but his eyesight was too poor. So he took a special course in Japanese at Columbia University and was sent as a translator to the China-Burma-India theater where Japanese warlords were out to conquer Asia. Bernie remembers them, too.

In time, we became colleagues on a series of broadcasts about the 20th century. As we compared the leadership of Franklin D. Roosevelt and Adolf Hitler in an episode titled The President and the Dictator, Bernie kept reminding the team that the most cunning demagogues “are never more than a few steps from becoming dictators.” Not surprisingly, the subject came up again when Trump was elected. No, we didn’t think he was Hitler, or the Republicans Nazis, but both of us acknowledged a deep unease over the vulnerabilities of democracy, which had led to Trump’s election in the first place. Inspired by Bernie and unnerved by Trump, I decided to take a deeper look at democracy under stress and began reading what is now more than a dozen books on Europe in the 1930s. The most recent is a compelling and chilling account of Hitler’s First Hundred Days, by the historian Peter Fritzsche – a familiar story revisited by the author with fresh verve and insight.

Hitler was a master of manipulation, using propaganda, violence, intimidation, showmanship, and spectacle — and above all, fear. By demonizing “the other” – Jews, social democrats and communists – Hitler won the hearts and minds of the masses, consolidating his power, and turning Germany into a one-party Nazi state.

I had just finished the book when I received a short email from Bernie, who had been watching on television the events following the killing of George Floyd by police in Minneapolis. He wrote, “All this open talk by Trump of dominance is pretty undisguised fascism. He’s inciting chaos to set the stage for the strong man to ‘rescue’ the nation.”

There was no doubt who would be Superman riding to America’s rescue. When Trump promised to end what he called “American carnage” – a crisis of “poverty in our inner cities, rusted-out factories scattered like tombstones across the landscape of our nation, crime and gangs and drugs” — he did not ask for our help. He did not ask that we put our faith in each other or in our democratic values or even in God. Donald J. Trump would be our savior, the new Messiah — because “I alone can fix it.”

Bernie’s note triggered a recollection, sending me across the room to retrieve from a file drawer an essay written two years ago in The New York Review of Books by the American legal scholar Cass Sunstein. Reviewing three new books about ordinary Germans and the Nazi regime, he concluded: “With our system of checks and balances, full-blown authoritarianism is unlikely to happen here.”

I had admired Sunstein’s work for years and found reassuring his judgment that the rule of law would check a would-be tyrant. But many found that assurance disquieting. One dissenter was Norman Ravitch, emeritus professor of history at the University of California, Riverside. Responding to Sunstein, he wrote: “The normal concern of people of all sorts with their daily lives, family, work, leisure, and so on indicates that only those in certain areas of work and life could possibly notice the slow but relentless advance of authoritarian and totalitarian policies by the government. The Nazis knew how to appeal to people who did not have the ideological concerns but only normal human concerns. They knew how to conceal their real goals and how to make passive individuals active supporters.”

So does Trump. He understands that most Americans are concerned with little more than the economy, health care and jobs. They respond positively to politicians who promise action on these priorities, whether or not they know if those promises will ever be fulfilled. Ravitch pointed out that like Hitler and like Mussolini, Trump knows how to appeal to a variety of concerns with promises that can be both attractive and contradictory. Because no population is educated enough, sensitive enough, or ethical enough to see through the deception, “the danger is very great indeed. It may in fact be one of the chief weaknesses of democracy that democracy can lead to tyranny just as well or perhaps even more than other political systems.”

Two years have passed since that exchange between scholars, and in those two years Trump has doubled down. This president is no friend of democracy.

He has declared himself above the law, preached insurrection by encouraging armed supporters to “liberate” states from the governance of duly elected officials, told police not to be “too nice” while doing their job, and gloated over the ability of the Secret Service to turn “vicious dogs” and “ominous weapons” loose on demonstrators — to “come down on them hard” if they get too “frisky.

He has politicized the Department of Justice while remaking the judiciary in his image.

He has stifled investigations into his administration’s corruption, fired officials charged with holding federal agencies accountable to the public, and rewarded his donors and cronies with government contracts, subsidies, deregulations, and tax breaks.

He has maligned and mocked the disadvantaged, the disabled, and people of color.

He has sought to politicize the military, including in his entourage the secretary of defense and the chairman of the Joint Chiefs (dressed in combat fatigues), as his orderlies unleashed chemical fumes on peaceful protesters – all so that the president could use them as stage props in a photo op, holding up a Bible in front of a historic church, just to make a dandy ad for his re-election campaign.

He has purged his own party of independent thinkers and turned it into a spineless, mindless cult while demonizing the opposition.

He has purloined religion for state and political ends.

He has desecrated the most revered symbols of Christian faith by converting them to partisan brands.

He has recruited religious zealots for jobs in his administration, rewarding with government favors the electoral loyalty of their followers.

He has relentlessly attacked mainstream media as purveyors of “fake news” and “enemies of the people” while collaborating with a sycophantic right- wing media – including the Murdoch family’s Fox News — to flood the country with lies and propaganda.

He has maneuvered the morally hollow founder of Facebook, Mark Zuckerberg, into compromising the integrity of the most powerful media giant in the country by infusing it with partisan bias.

And because truth is the foe he most fears, he has banned it from his administration and his lips.

Yes, Bernie, you are right: the man in the White House has taken all the necessary steps toward achieving the despot’s dream of dominance.

Can it happen here?

It is happening here.

Democracy in America has been a series of narrow escapes. We may be running out of luck, and no one is coming to save us. For that, we have only  ourselves.