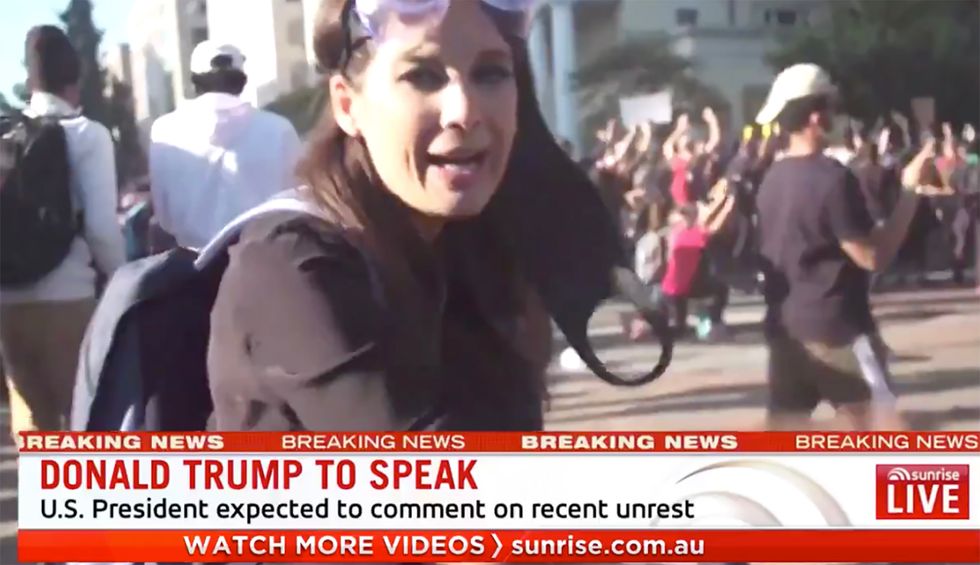 The “Justice for George Floyd” protests have found some police officers abusing not only nonviolent demonstrators, but also, journalists who were covering the protests — and some officials in the Australian government, according to the Straits Times, are investigating a police attack on two Australian journalists outside the White House on June 1.

A video, the Straits Times reports, shows Australian journalist Amelia Brace “being clubbed with a truncheon” by Washington, D.C. police and her cameraman Tim Myers, “being hit with a riot shield and punched in the face by police clearing Washington's Lafayette Square of protesters on Monday.” And the disturbing incident has been widely broadcast in Australia.

Marise Payne, Australia’s minster of foreign affairs, noted, “We have asked the Australian embassy in Washington, D.C. to investigate this incident. I want to get further advice on how we would go about registering Australia's strong concerns with the responsible local authorities in Washington.”

Brace and Myers were shot with rubber bullets and teargassed, as were many nonviolent protestors at Lafayette Square in Washington, D.C.

Although the U.S. capital — like many other cities in the United States — has been rocked by civil unrest following the May 25 killing of Floyd while in the custody of Minneapolis police, the demonstrators in Lafayette Square were nonviolent. But police used unnecessary force to clear a path for Trump to visit St. John's Episcopal Church for a photo-op.

Payne, according to the Straits Times, did not criticize Trump directly. But she told Australia’s ABC Radio, “This is obviously a very troubling period in the United States and a very tough period at so many levels.”

Here’s how this scene was viewed live in Australia. One of America’s closest and most dependable allies. Rendered s… https://t.co/Zq31nLkKwI
— Brett McGurk (@Brett McGurk)1591069363.0