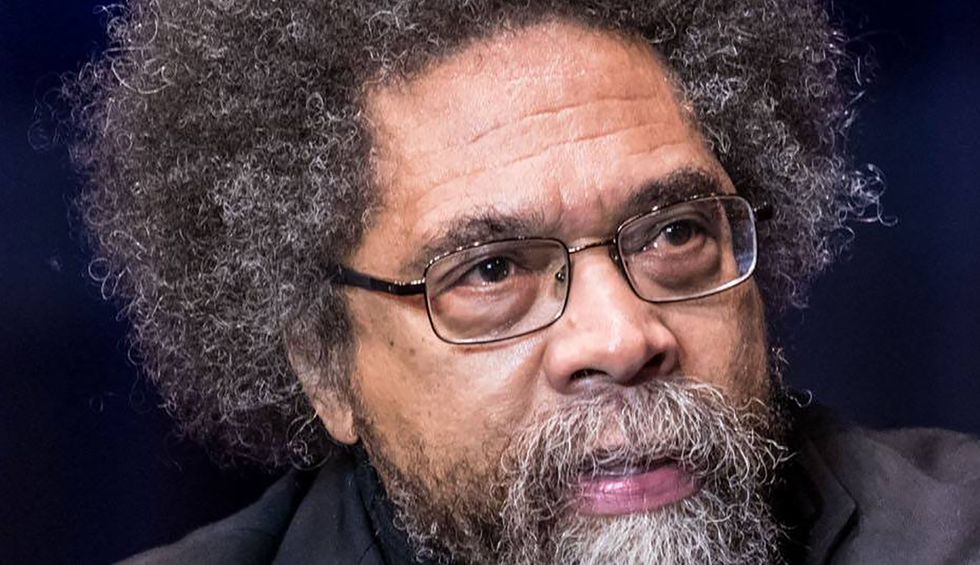 As thousands from coast to coast took to the streets this weekend to protest the state-sanctioned killing of Black people, and the nation faces its largest public health crisis in generations and the highest unemployment rate since the Great Depression, professor Cornel West calls the U.S. a “predatory capitalist civilization obsessed with money, money, money.” He also makes the connections between U.S. violence abroad and at home. “There is a connection between the seeds that you sow of violence externally and internally.”

NERMEEN SHAIKH: Dr. Cornel West, could you respond to what professor Yamahtta Taylor said? You agree that, of course, the murder of George Floyd was a lynching. You’ve also said that his murder and the demonstrations that have followed show that America is a failed social experiment. So could you respond to that and also the way that the state and police forces have responded to the protests, following George Floyd’s killing, with the National Guard called out in so many cities and states across the country?

CORNEL WEST: Well, there’s no doubt that this is America’s moment of reckoning. But we want to make the connection between the local and the global, because, you see, when you sow the seeds of greed — domestically, inequality; globally, imperial tentacles, 800 military units abroad, violence and AFRICOM in Africa, supporting various regimes, dictatorial ones in Asia and so forth — there is a connection between the seeds that you sow of violence externally and internally. Same is true in terms of the seed of hatred, of white supremacy, hating Black people, anti-Blackness hatred having its own dynamic within the context of a predatory capitalist civilization obsessed with money, money, money, domination of workers, marginalization of those who don’t fit — gay brothers, lesbian sisters, trans and so forth. So, it’s precisely this convergence that my dear sister Professor Taylor is talking about of the ways in which the American Empire, imploding, its foundations being shaken, with uprisings from below.

The catalyst was certainly Brother George Floyd’s public lynching, but the failures of the predatory capitalist economy to provide the satisfaction of the basic needs of food and healthcare and quality education, jobs with a decent wage, at the same time the collapse of your political class, the collapse of your professional class. Their legitimacy has been radically called into question, and that’s multiracial. It’s the neofascist dimension in Trump. It’s the neoliberal dimension in Biden and Obama and the Clintons and so forth. And it includes much of the media. It includes many of the professors in universities. The young people are saying, “You all have been hypocritical. You haven’t been concerned about our suffering, our misery. And we no longer believe in your legitimacy.” And it spills over into violent explosion.

And it’s here. I won’t go on, but, I mean, it’s here, where I think Ella Baker and Fannie Lou Hamer and Rabbi Heschel and Edward Said, and especially Brother Martin and Malcolm, their legacies, I think, become more central, because they provide the kind of truth telling. They provide the connection between justice and compassion in their example, in their organizing. And that’s what is needed right now. Rebellion is not the same thing in any way as revolution. And what we need is a nonviolent revolutionary project of full-scale democratic sharing — power, wealth, resources, respect, organizing — and a fundamental transformation of this American Empire.

AMY GOODMAN: And your thoughts, Professor West, on the governor of Minnesota saying they’re looking into white supremacist connections to the looting and the burning of the city, and then President Trump tweeting that he’s going to try to put antifa, the anti-fascist activists, on the terror list — which he cannot do — and William Barr emphasizing this, saying he’s going after the far left to investigate?

CORNEL WEST: No, I mean, that’s ridiculous. You know, you remember, Sister Amy — and I love and respect you so — that antifa saved my life in Charlottesville. There’s no doubt about it, that they provided the security, you see. So the very notion that they become candidates for a terrorist organization, but the people who were trying to kill us — the Nazis, the Klan — they’re not candidates for terrorist organization status — but that’s what you’re going to get. You’re going to get a Trump-led neofascist backlash and clampdown on what is going on. We ought to be very clear about that. The neofascism has that kind of obsession with militaristic imposition in the face of any kind of disorder. And so we’ve got to be fortified for that.

But most importantly, I think we’ve got to make sure that we preserve our own moral, spiritual, quality, fundamental focus on truth and justice, and keep track of legalized looting, Wall Street greed; legalized murder, police; legalized murder abroad in Yemen, in Pakistan, in Africa with AFRICOM, and so forth. That’s where our focus has to be, because with all of this rebellious energy, it’s got to be channeled through organizations rooted in a quest for truth and justice.