A black female officer chastised her colleague for shoving a kneeling protestor. He's now been removed from duty 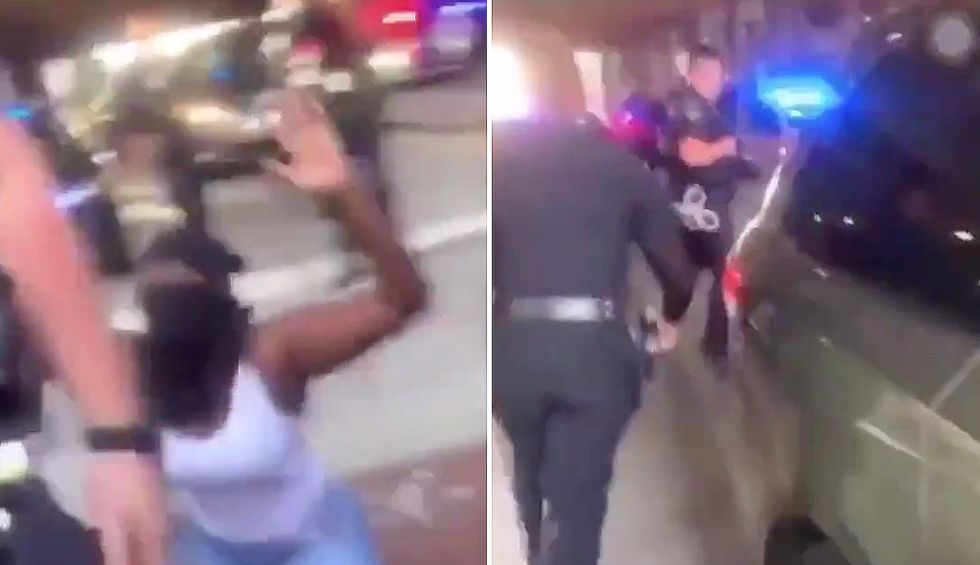 Ft. Lauderdale, Florida is among the many places in the United States that has been rocked by protests following the killing of George Floyd in Minneapolis on May 25. And Steven Poherence, a police officer who pushed a female protestor Sunday night, has been taken off duty, WPLG Local 10 News reports.

Local 10 is reporting that according to Fort Lauderdale Mayor Dean Trantalis and Chief of Police Rick Maglione, the officer will remain off duty while an investigation is conducted.

The station explains that a video of the incident taken by a protestor and obtained by Local 10’s Jeff Weinsier “shows a female protester on her knees demonstrating. A male officer appears to push her in the back or in the head, toward the pavement, as he walks past. Other officers then push that officer away as protesters throw items in his direction.”

According to video of the incident, a black female officer approached Poherence and rebuked his actions.

Local 10 reporter Terrell Forney said of the protest, “This really was a peaceful protest” and included about 1000 participants.” However, Forney added that things “took a turn” after the officer shoved the female protestor. That was when, according to Forney, “the mood and the environment among the protestors shifted…. The situation elevated.”