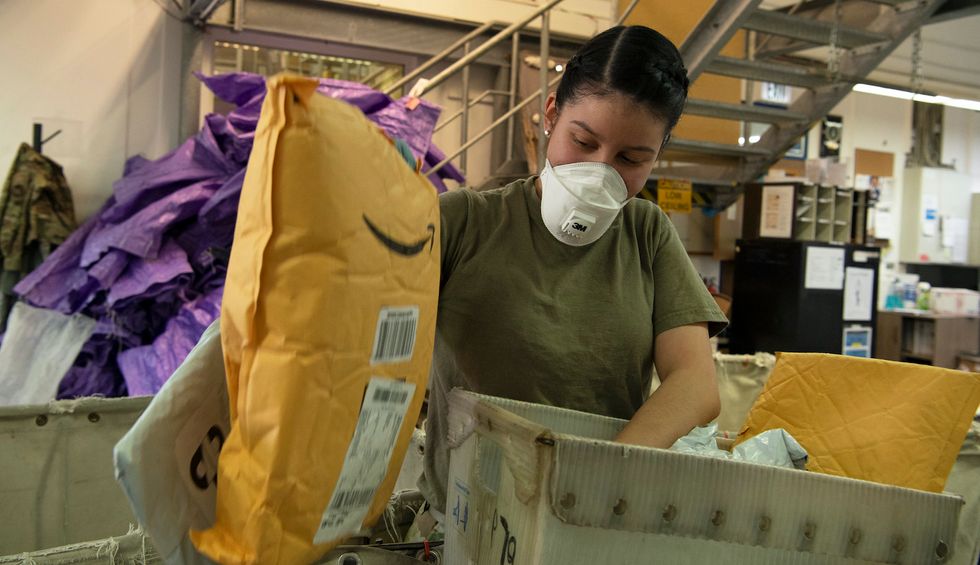 Bill Boone was a fresh-faced 23-year-old in 1952 when he cast his first ballot for U.S. president, while proudly serving aboard an aircraft carrier off the coast of Korea.

The U.S. Postal Service carried that vote untold miles to the election board in Boone’s hometown of Benton, Arkansas, and he’s considered “the mail” an essential part of life ever since.

Today, the 90-year-old retired Steelworker relies on the postal service to deliver his medicines, Social Security checks and letters from relatives. A dedicated letter carrier even walks the mail up the driveway—past the mailbox—to Boone’s front door.

The postal service delivers to every U.S. address, no matter how isolated, and charges consistent, reasonable rates to all customers. It’s a lifeline for military members and the elderly. It keeps commerce humming and the country connected.

Americans love the postal service. Yet Donald Trump wants to kill it.

The postal service lost billions of dollars as businesses scaled back operations or closed during the pandemic. The agency usually supports itself with sales of stamps and other products. But now, without as much as $75 billion in emergency federal aid, it will go bankrupt in months.

Americans under stay-at-home orders, with limited access to stores and restaurants, need the postal service more than ever. They overwhelmingly support saving it.

But Trump refuses to help unless the agency quadruples rates on packages it delivers for Amazon and other companies. Because Amazon, UPS, and FedEx won’t deliver to some addresses, such as those in rural areas, they often rely on the postal service to carry packages the so-called “last mile” to a recipient’s door.

If the postal service raised rates, these companies would merely pass along the higher costs to their customers. And many Americans, like the 30 million or so who just lost their jobs because of the pandemic, can’t afford that.

The death of the postal service would deprive Americans of a way to vote, pay bills, apply for passports, get prescriptions, send letters, receive tax refunds, collect Social Security and ship items ranging from gold bars to cremated remains.

It would threaten the U.S. Postal Inspection Service, a law-enforcement agency that investigates narcotics trafficking, identify theft and other crimes.

And if the postal service vanished, so would the army of letter carriers who keep tabs on elderly residents, call the fire department when they smell smoke on their routes and generally serve as unofficial neighborhood watchmen.

“I just can’t believe the government would think about shutting down the postal service,” said Boone, who worked at Reynolds Metals Company for nearly 30 years and at Alcoa for 10 more.

“It would be kind of like living without people picking up your trash. In fact, it’s just not an issue that Congress or anybody should have to discuss.”

If Trump kills the postal service, people in remote areas—such as the 272 customers along a 191-mile rural delivery route in Montana and other Americans whom letter carriers now reach by mule, snowmobile and boat—would face higher rates from private shipping companies.

If they could get service at all.

“If private enterprise took over, I think it would be a lot more expensive, and our rural delivery would probably just evaporate,” said Mike Harkin, a longtime member of United Steelworkers (USW) Local 310L in Des Moines, Iowa. “I’d probably have to drive to town every time to mail stuff.”

Harkin, a Firestone retiree and member of the Steelworkers Organization of Active Retirees (SOAR), seldom sees FedEx and UPS trucks on his rural road miles from the small town of Woodward.

But the mail truck is another story. Harkin says his letter carrier will gladly drive packages up his quarter-mile-long driveway if they’re too big for the mailbox.

Although the postal service hemorrhaged money during the pandemic, it’s worked hard to keep America functioning through the crisis.

In addition to the regular mail, it delivers surveys for the critically important 2020 census. It brings masks, sanitizers, toilet paper and other pandemic staples that Americans order online. It accommodates small companies trying to stay afloat by conducting more mail-order business during the crisis.

In March, Trump signed a pandemic stimulus package with money for hospitals, aid for businesses and checks of up to $1,200 for individual taxpayers. The postal service delivers those checks, which Trump insisted bear his own signature.

Postal workers pay a heavy price for their dedication. Hundreds have been sickened by COVID-19. Dozens died.

By keeping post offices open and the mail flowing, the postal service provides a rare dose of normalcy during the pandemic.

And the agency’s importance is growing. Come November, American democracy may depend on it.

More and more Americans want the federal government to make mail-in balloting a universal option because they fear catching the coronavirus at polling places.

They worry about standing in lines when public health experts stress the need for social distancing. They don’t want to touch the door handles at polling places or push buttons on voting machines, knowing the coronavirus can live on surfaces.

Boone says nothing will stop him from voting on November 3. He’ll go to the polls if he must but would feel more comfortable casting his ballot by mail for the first time since his Navy days nearly seven decades ago.

It isn’t just voters who are concerned. Some states fear they’ll have a difficult time finding poll workers, who are predominately elderly.

Only if Americans have the option of voting by mail can the nation ensure a viable turnout in a critically important election. That means saving the postal service.

Right now, Trump is among a minority of Americans who fail to see the postal service for the bargain it is. “I’d be lost without it,” Harkin said.