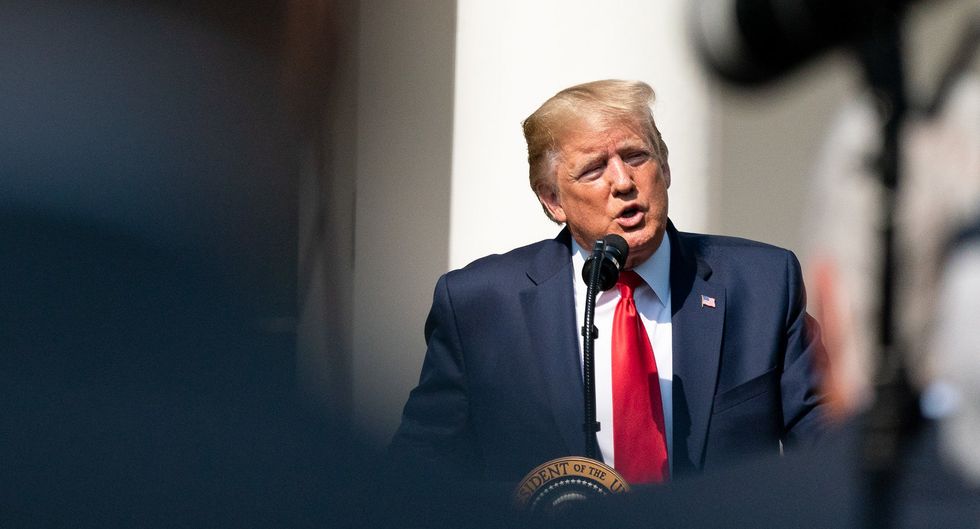 The Trump administration has initiated a broad offensive against regulatory protections. The Brookings Institute keeps an up-to-date compendium of Trump’s deregulatory efforts entitled “Tracking Deregulation in the Trump Era” including those involving the environment, COVID-19, labor, health, finance, housing, agriculture, education and more. The administration has initiated more than 230 deregulatory actions so far. The New York Times keeps another list focusing on environmental deregulation entitled “The Trump Administration Is Reversing One Hundred Environmental Rules.”

This article will focus on just four major attacks on environmental protections initiated by the Trump Administration. Three of the attacks have significantly weakened the standards for soot, mercury and carbon dioxide. I chose these three because EPA staff has actually estimated the number of deaths that will occur due to the roll back of each of these protections. In addition, I will examine the administration’s unprecedented suspension of all environmental regulations/enforcement under cover of the COVID-19 pandemic. This suspension gives corporations control over major environmental decisions. The administration’s deregulatory offensive reflects a value system that literally prioritizes corporate profits over American lives.

Mercury is a neurotoxin that causes brain and nervous-system damage and decreased I.Q. and reasoning ability in children. In adults, mercury pollution causes heart disease; muscle weakness; and impairment of speech, hearing, and walking ability. Before the Mercury & Air Toxics Standards (MATS) was established in 2012, coal fired electric plants accounted for half of the human-made emissions of mercury and the majority of many other hazardous pollutants

Soot is composed of a number of very fine particulates that are primarily produced by the burning of fossil fuels, especially coal. Soot contains a variety of pollutants including chemicals, acids, metals, soils, and dust that are suspended in the air after emission. Soot is one of the worst forms of air pollution that, according to the EPA, penetrates deep into the lungs and has been linked to a wide range of serious health effects, including premature death, heart attacks, and strokes, as well as acute bronchitis and aggravated asthma among children.

Trump rejects stronger standard after opposition from corporations. After publication of the draft EPA staff assessment, 13 industry groups, including the American Petroleum Institute, the U.S. Chamber of Commerce, the National Mining Association and the Alliance of Automobile Manufacturers, in a November 2019 public comment, concluded that the “EPA staff should revise its recommendation to the [EPA] Administrator…to a recommendation for retention of the present standards.” The Trump administration followed the corporation, not staff, recommendations.

Stronger standard rejected even after major study links air pollution to higher COVID-19 deaths. The timing of the EPA’s announcement that it was rejecting the staff recommendation illustrates the administration’s values and priorities. The announcement came a week after the release of a major study that showed a link between long-term exposure to air pollution and COVID-19 death rates. The study found that a person living for decades in a county with high levels of fine particulate matter is fifteen percent more likely to die from COVID-19 than someone in a region with one unit less of the fine particulate pollution. The study concluded that “our results underscore the importance of continuing to enforce existing air pollution regulations to protect human health both during and after the COVID-19 crisis.” The Washington Post quoted a senior author of the study, Harvard biostatistician Francesca Dominici, “If you’re breathing polluted air and your lungs are inflamed by the disease, you’re going to get very, very sick…Now is not the time to be rolling back environmental regulations.”

Replacement of Limits on CO2 Emissions: 14,000 Preventable Deaths Over a Ten-Year Period

In 2015, President Obama announced the Clean Power Plan (CPP) that set the first-ever standards on carbon pollution emitted from U.S. power plants – the largest source of carbon pollution in the U.S. According to the EPA, carbon dioxide (CO2) is the most prevalent greenhouse gas pollutant, accounting for nearly three-quarters of global greenhouse gas emissions and 82 percent of U.S. greenhouse gas emissions. The CPP would ensure that fossil-fuel based power plants would emit less carbon. It also created incentives for power plants to replace carbon-based sources of energy with renewable sources.

In an unprecedented move, on March 26, 2020, the Trump EPA suspended the enforcement of U.S. environmental laws. This blanket policy represents a direct power grab by the administration and private corporations because the EPA already possesses the ability to be flexible when extraordinary circumstances arise.

An April 21st report by Click2Houston provided concrete evidence of the expected toll on public health due to the administration’s suspension of regulatory oversight and protection, “Since then, air pollutants in Houston’s most heavily industrialized areas have surged as much as 62%, a Texas A&M analysis of state air monitor readings found… ‘That’s a death sentence for us,’ Kelley [a local environmental activist] says, driving past the sickly yellow light of a refinery burning off methane gas. ‘Now we may not drop dead that day,’ he says. ‘But when you’re inundated day after day...we’re dead. We’re dead.’”

The Values We Choose

Our political-economic system values profits while devaluing lives; promotes the welfare of the few while undermining the “general welfare;” and prioritizes self-interest and greed over community and solidarity.  President Trump has instrumentalized these priorities through his deregulatory policies which exhibit a consistent pattern

Yet, the pandemic has shown us that there is an alternative to these corporate values: people will go to great lengths to prioritize lives over profits; the welfare of the many over the special interest of the few; and community and solidarity over self-interest and greed. In our daily lives and in the media we see how many, many people are assisting others; how health care providers and support staff are putting themselves at risk by treating people who are sick; and how low paid workers without benefits are putting themselves at risk by providing essential services. This is not just a struggle between corporations and workers; Wall Street vs Main Street. It is a struggle over values. Will we revert to the values of profits, self-interest and greed when the pandemic fades or will we be able to promote the values of life, the welfare of the many and the importance of community and solidarity?

A change in values and priorities will not just happen – the primacy of profits over people is a bottom-line issue for corporations, their political allies and rightwing ideologues. Corporations and billionaire donors have the ability to impose their values through a system of legalized corruption in which they dominate our entire political economy and culture. Their values become codified in laws passed by the politicians they purchase by investing billions of dollars in campaign contributions, lobbying, judicial appointments, the media and our entire entertainment/cultural industry. Thus, it is legal and profitable for corporations to injure and kill thousands by undermining protections for the air we breathe and the water we drink; maintaining unsafe workplaces; shredding the social safety net to provide big business with more tax cuts; undermining unions and the ability of workers to fight back, and on and on. This value system seeps into our culture. It is epitomized by the statement made in The Godfather after a decision to murder someone - “It’s just business, nothing personal.” As if, killing someone is not personal and that it can be excused solely because it’s a profitable business transaction. A change in values that prioritizes lives over profits requires not only a change in the choices made by individuals but also a change in our entire political economic system. Such a transformation will only occur through a strong, progressive movement that directly confronts corporate power, priorities and values. In a previous article, I examined some of the steps that, in my opinion, are necessary for developing such a movement.

It is a daunting challenge – but we do not really have a choice. It is up to us, now