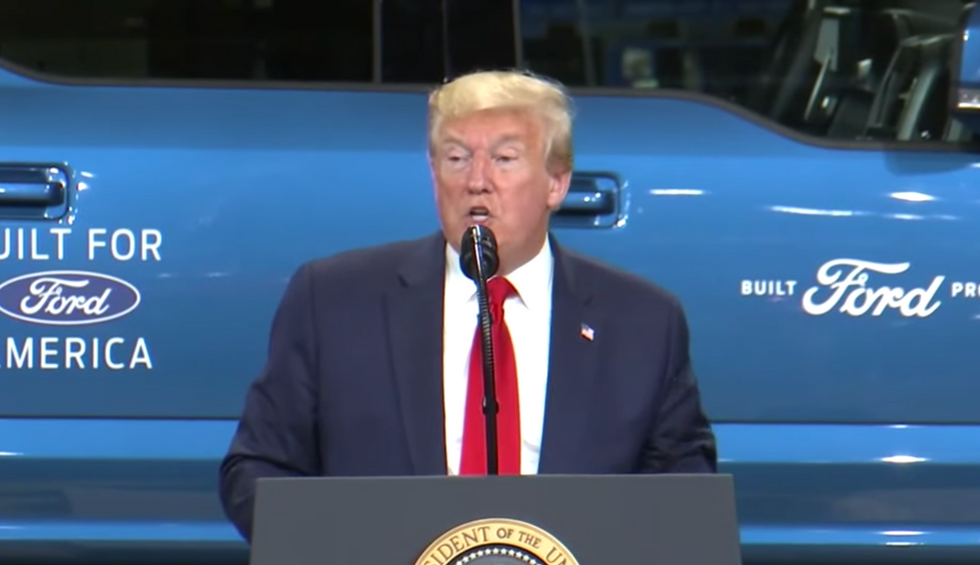 President Donald Trump once again is dog-whistling to his base. While delivering a campaign-style speech at a Michigan Ford auto plant that’s been retooled to manufacture personal protective gear, Trump decided to take a walk into history and praise the company’s founder, the infamous anti-Semite Henry Ford.

Henry Ford gave America the Model T,  mass production, and after death, the non-profit Ford Foundation, but he also was an anti-Semite who reportedly blamed Jewish people for World War I and World War II, published anti-Semitic propaganda, and was a Nazi sympathizer.

“Ford is the only American mentioned by name in Hitler’s notorious ‘Mein Kampf,'” according to Religion News Service.

On Thursday, Trump praised the anti-Semitic Nazi sympathizer for having “good bloodlines.”

The President says the founder of Ford has good bloodlines.. If you’re not familiar with Henry Ford, I would encour… https://t.co/lopYdPex8q
— Acyn Torabi (@Acyn Torabi)1590094527.0