'Trump’s base may be having some second thoughts’ after ‘absolutely terrifying economic collapse’: conservative 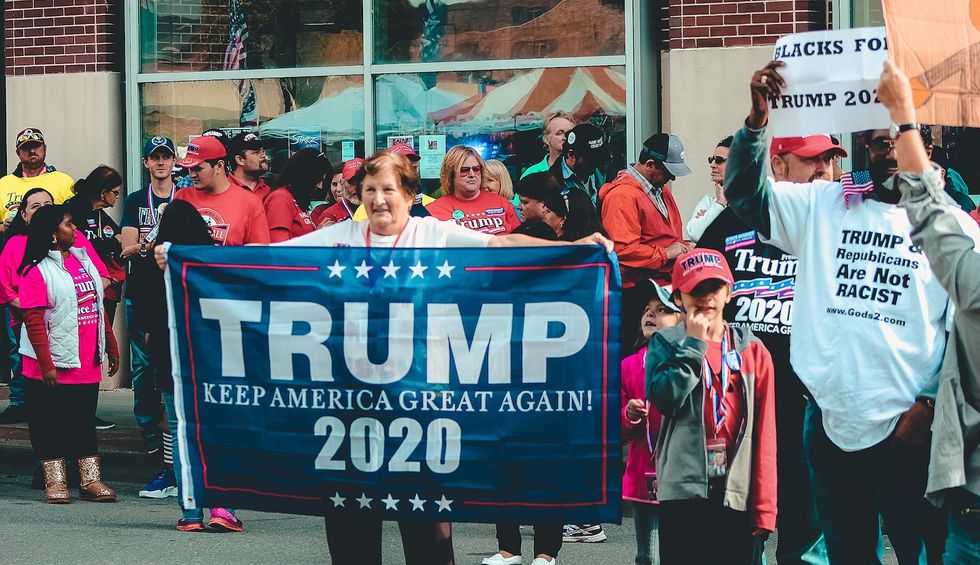 Photo by Rosemary Ketchum from Pexels
Alex Henderson
May 12, 2020Election '20

New York Times columnists Gail Collins and Bret Stephens have plenty of political differences: Collins is liberal, while Stephens is conservative. However, Stephens isn’t a supporter of President Donald Trump — and during a recent conversation, the Times columnists found some common ground and agreed that Trump’s response to the coronavirus pandemic appears to be hurting his prospects for reelection.

Stephens, noting that he isn’t a Trump fan, told Collins, “The only spot of brightness here is that I’m becoming somewhat less confident about my prediction that Donald Trump is going to win re-election.” And he went on to explain why.

Stephens has been predicting that Trump will win reelection and defeat former Vice President Joe Biden, the presumptive Democratic presidential nominee. But now, he isn’t so sure.

“(Trump is) going into the race with some enormous advantages: money, social media and the usual perquisites of incumbency,” Stephens told Collins. “The betting odds are still in his favor. And Rasmussen has Trump’s favorable/unfavorable ratings evenly matched, at 49%.”

Stephens added, however, that some recent polls have shown Trump trailing Biden in key battleground states such as Pennsylvania and North Carolina — and a Dallas Morning News poll showed Biden and Trump tied in Texas, which according to Stephens, “suggests Trump’s base may be having some second thoughts.”

“Things are very different now than they were even a month ago,” Stephens told Collins. “Trump managed to screw up this crisis in at least six catastrophic ways. He failed to take the COVID threat seriously. He presided over a fumbling bureaucratic response. He embarrassed himself in his press conferences. He tried to throw money at the problem without effectively administering the funds. He demonstrated near-zero empathy with the victims of the disease or their families. And he never really articulated a sensible alternative to the lockdown strategy.”

A potential problem for Trump, according to Stephens, is losing support among older voters.

Stephens explained, “That’s not a demographic he can afford to lose, given that I don’t exactly predict a tidal wave of support among younger voters entering the worst job market in recorded history…. The economic collapse we are witnessing now is absolutely terrifying. It’s going to hit nearly every family in the country hard, and it’s a natural for a blue-collar candidate like Biden to make his own.”

Collins told Stephens, “I guess anything could happen, but I’m betting that we join hands, build a better future and quickly confine a certain person to the ash heap of history.”