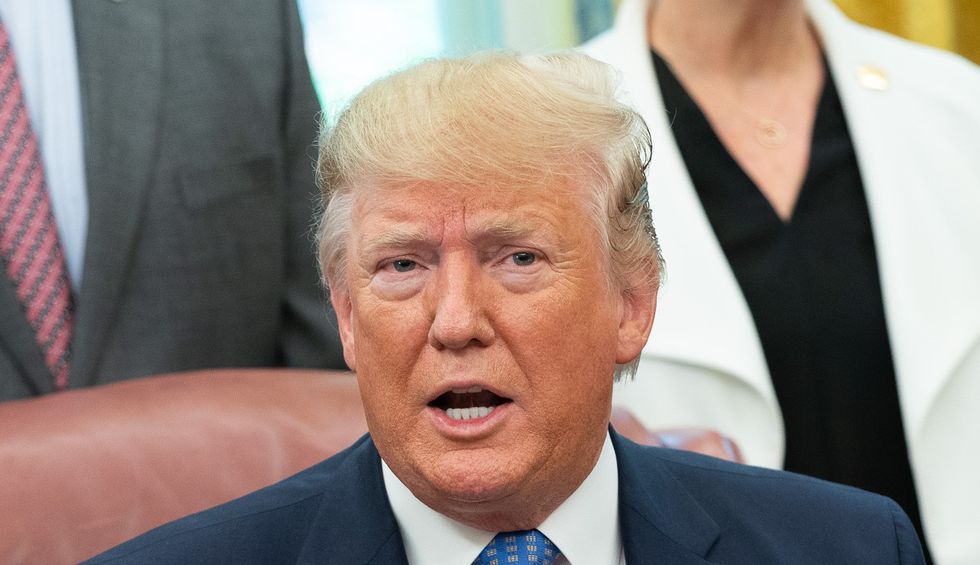 “In the days leading up to being blocked,” Lambe explains, “the parody account had lampooned Trump for his performances during press conferences, for promulgating the ‘Obamagate’ conspiracy theory, and most recently, for claiming he’s been taking hydroxychloroquine to prevent himself from contracting the disease caused by the novel coronavirus.”

Trump isn’t the only well-known Republican who has been lampooned by a parody Twitter account. Rep. Devin Nunes of California infamously filed a lawsuit against the owners of the Twitter account, Devin Nunes’ Cow, which mocked him from the perspective of a fictional cow — and sought $250 million in damages. But the issue with @RealDonaldTrFan is a different type of issue from the one with @DevinCow. Nunes went way beyond blocking @DevinCow on Twitter: he didn’t even believe that the account had a right to mock him in a defamatory way.

Experts on constitutional law would agree that @RealDonaldTrFan has a right to ridicule and mock the president. But does Trump have a right to block a Twitter account if he finds it offensive? Trump believes that he does, but the Second Circuit Court of Appeals has said otherwise.

In July 2019, the Second Circuit Court of Appeals, Lambe notes, “unanimously ruled” that “Trump violates the First Amendment of the U.S. Constitution when he blocks users who follow him on Twitter.” And on Tuesday, May 19, Trump blocked @RealDonaldTrFan. A Twitter notice reads, “You can’t follow or see @RealDonaldTrump’s tweets.”

In that July 2019 ruling, Lambe points out, the Second Circuit Court of Appeals “rejected the government’s contention that Trump’s use of the social media platform was merely personal.”

“The Second Circuit opinion, which held Trump was constitutionally prohibited from blocking Twitter followers, resulted from a lawsuit filed by the Knight First Amendment Institute at Columbia University,” Lambe recalls. “The lawsuit argued that the manner in which President Trump and his aides used the official @RealDonaldTrump Twitter account made it a ‘key channel for official communication’ from the government, and that meant access to it was protected by the First Amendment.”