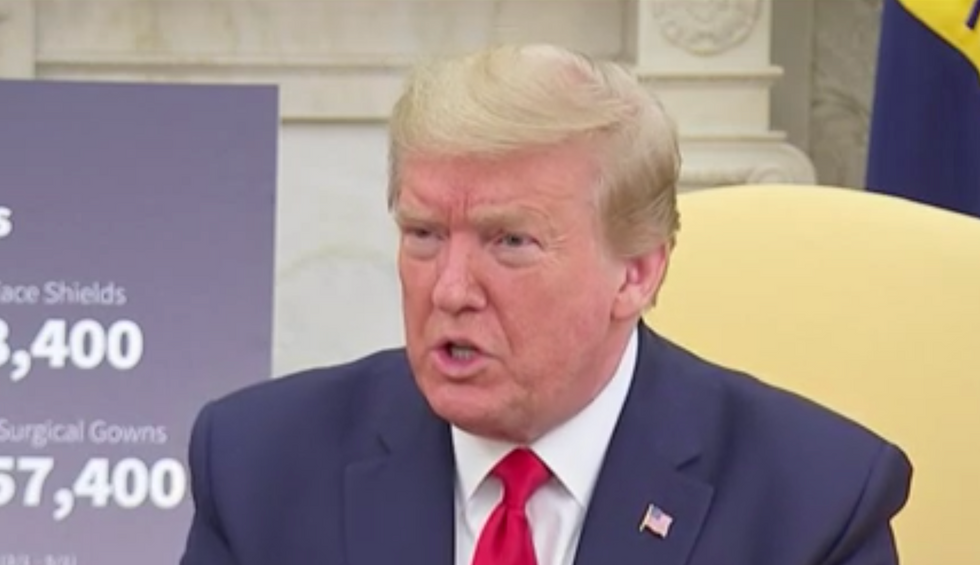 MSNBC
David Badash
and
The New Civil Rights Movement
May 07, 2020

President Donald Trump is baselessly accusing the Obama administration of “treason,”  following the news the Dept. of Justice has dropped all charges against his former National Security Advisor Mike Flynn, despite Flynn having pleaded guilty to lying to the FBI.

Trump also  falsely called Flynn “an innocent man,” one of several “fine people,” and claimed – also falsely – that “he was targeted by the Obama administration.”

“He was targeted in order to try to take down a president,” Trump said, which is not only false but illogical. Flynn’s arrest and trial did not “take down” Trump, nor has Flynn been exonerated.

“What they’ve done is a disgrace and I hope a big price is going to be paid,” Trump continued, nonsensically.

Trump claimed he “didn’t know” the DOJ would be dropping the charges “at this moment,” and claimed he “felt” it was going to happen “just by watching and seeing like everybody else does.” There is no reason to believe the Attorney General did not inform the president of his intention to drop the charges after Trump has repeatedly given the appearance he might pardon Flynn.

President Trump: "The Obama Administration Justice Department was a disgrace and they got caught... It's treason, i… https://t.co/ehEhXNUTFS
— The Hill (@The Hill)1588881836.0