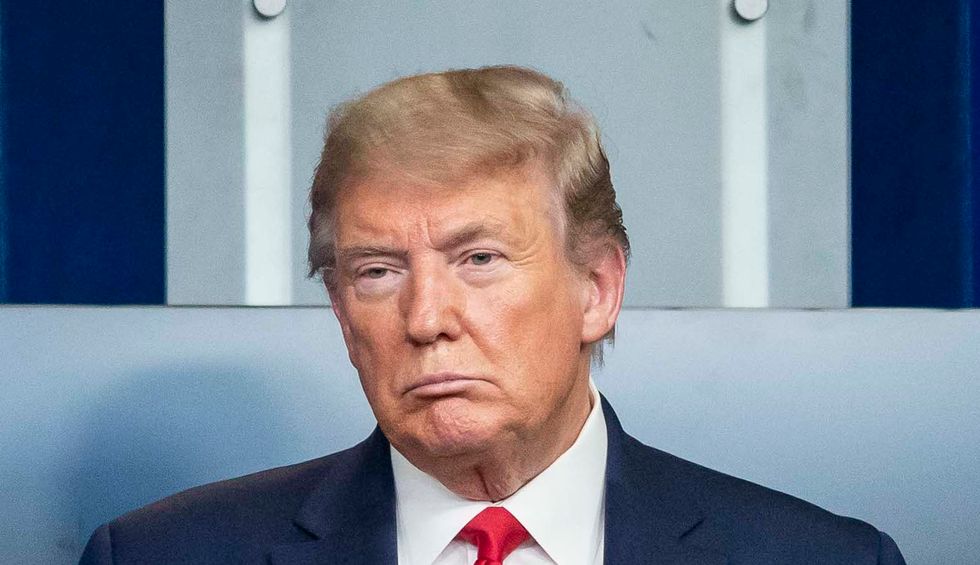 President Donald Trump on Sunday said he will not approve another badly needed Covid-19 stimulus package if it doesn't include a payroll tax cut, a policy that would strike a blow to Social Security and Medicare funding while offering no relief for the more than 30 million people who have lost their jobs over the past six weeks.

"I told Steve just today, we're not doing anything unless we get a payroll tax cut," Trump said during a Fox News town hall Sunday night, referring to Treasury Secretary Steve Mnuchin. "That is so important to the success of our country."

The town hall was the second time in less than a week that the president has proposed a payroll tax cut as a centerpiece of the next relief legislation, which is being negotiated by the White House and congressional leaders as the U.S. barrels toward an unemployment rate not seen since the Great Depression.

An NPR/PBS Newshour/Marist survey released last week found that half of all Americans said they or someone in their household has lost a job or seen their hours slashed due to the coronavirus pandemic.

Economists have noted that a payroll tax cut—unlike additional direct payments, which Trump has opposed—would do nothing for those who have been thrown out of work by the coronavirus crisis.

University of Michigan economists Betsey Stevenson and Justin Wolfers wrote in a New York Times op-ed in March that a payroll tax cut would give "the biggest breaks to those with the biggest paychecks, and delivers nothing to those who have lost their pay."

"And it's a slow infusion of cash," Stevenson and Wolfers added, "dripping out paycheck by paycheck."

Additionally, advocacy groups have warned that a payroll tax cut represents a threat to Social Security and Medicare.

Trump's comments came in the early stages of talks over a "Phase Four" coronavirus stimulus package that advocates and experts say is urgently needed to stem mass layoffs, forestall a looming nationwide housing crisis, and avert a second Great Depression.

On top of a payroll tax cut, Republican congressional leaders and the Trump White House are demanding that any future stimulus measure include legal immunity for corporations whose workers contract Covid-19 on the job.

Progressives, meanwhile, are calling for a relief package that addresses the needs of frontline workers, distributes direct $2,000 monthly payments to all U.S. households, provides emergency funding for the U.S. Postal Service, expands Medicare to cover the unemployed and uninsured, cancels rent and mortgage payments, and more.

Indivisible, a progressive advocacy organization, is pressuring members of Congress to vote against any stimulus bill that doesn't provide sufficient relief to the vulnerable.

"If the bill doesn't put people first, they should vote no," the group tweeted Saturday.