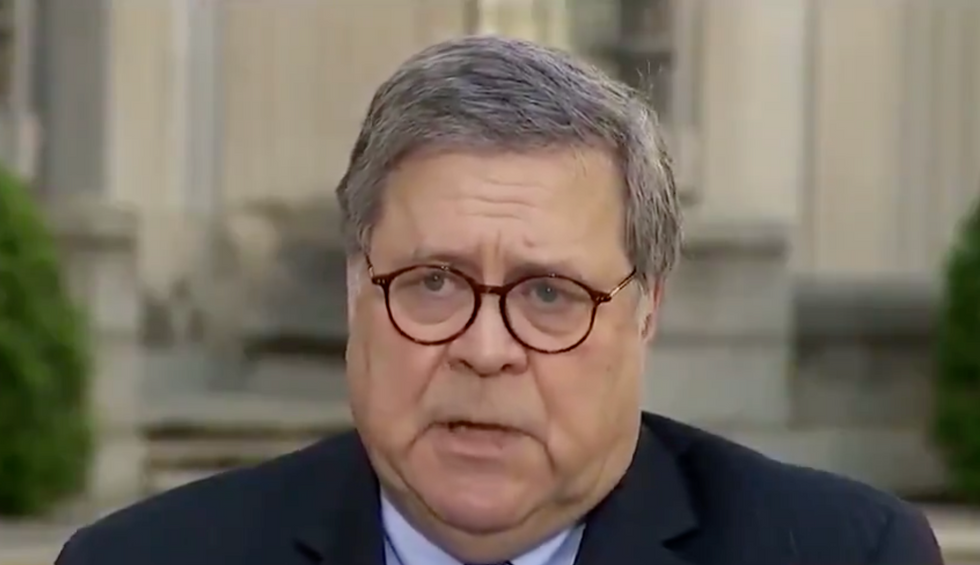 The federal judge handling the case of Michael Flynn took the unusual step Tuesday of allowing outside parties to argue against the Justice Department's motion to drop its case against Trump's former national security adviser.

Judge Emmet Sullivan now plans to set a schedule for hearing those arguments, the latest development in the continually unfolding saga of Attorney General William Barr's efforts to entirely dismantle key elements of the Mueller probe, piece by piece. And although Barr has clearly abused his power as the nation's top law enforcement officer to benefit Donald Trump's friends and allies, it appears the worst is yet to come.

Barr has turned the Justice Department into nothing short of a political weapon. Once he finishes annihilating the Mueller probe that called into question the validity of Trump's presidency from Day One, the next step could be targeting the key players in launching that probe.

That's where former FBI assistant director for counterintelligence Frank Figliuzzi sees things heading. On MSNBC last week, Figliuzzi noted that Barr's interference in the case of both Flynn and longtime Trump confidant Roger Stone was likely just the precursor to an effort to ultimately invalidate special counsel Robert Mueller's indictment of the 26 Russian nationals who meddled in the 2016 U.S. elections, then turn the force of the law on Trump's political enemies.

In recent weeks, Trump admitted to calling Russian President Vladimir Putin to gloat over the Flynn matter. Trump has also signaled several times that something big is in the pipeline. In the Rose Garden Monday, Trump labeled it "Obamagate" and called it “the biggest political crime in American history, by far.”

"Some terrible things happened, and it should never be allowed to happen in our country again,” he said. “And you’ll be seeing what’s going on over the next, over the coming weeks."

Over the coming weeks, we may finally see the fruits of what the globetrotting Barr and his special investigator U.S. Attorney John Durham did during the third investigation into the origins of the Russia probe.

Whatever Barr has cooked up, expect it to be both exceedingly malevolent and gratifying to Trump, who has been nursing a gaping wound ever since both U.S. intelligence services and Mueller concluded Putin did indeed intervene in the 2016 elections to benefit Trump.