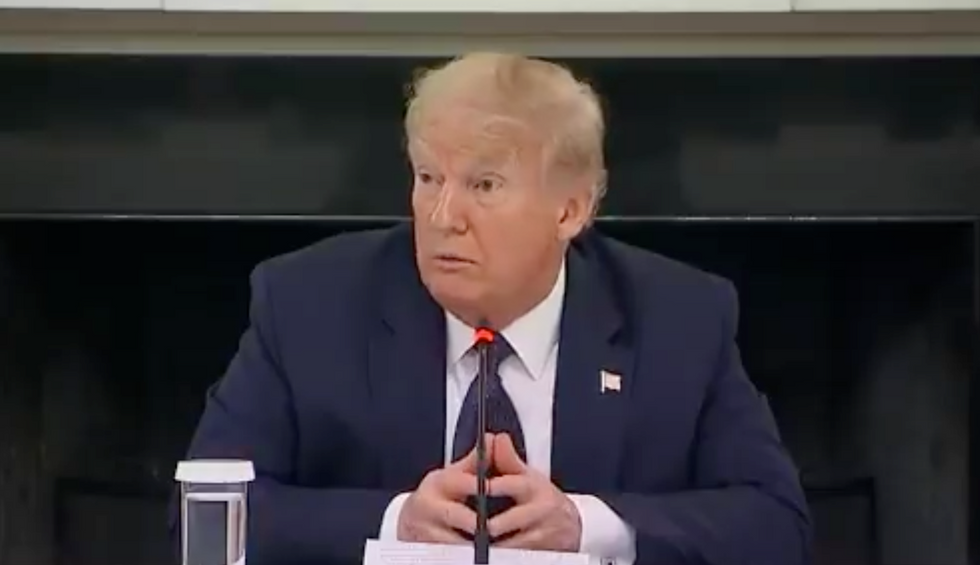 C-SPAN
David Badash
and
The New Civil Rights Movement
May 20, 2020

As the U.S. speeds ahead toward the stunning milestone of 100,000 coronavirus deaths President Donald Trump is trying to spin America’s first place status in the number of coronavirus cases as a “badge of honor.”

“Many of these people aren’t very sick, but they still go down as a case,” Trump continued. “So actually the number of cases – and we’re actually a much bigger country than most.”

“So when we have a lot of cases I don’t look at that as a bad thing. I look at that, in a certain respect, as being a good thing because it means our testing is much better,” Trump insisted. “I view it as a badge of honor.”

But the U.S. is not, despite what the President says or suggests, the number one county in terms of testing on a per capita basis.

In fact, on coronavirus testing per capita, the U.S. ranks a dismal 38th.