'The guiding hand': Noam Chomsky explains why Mitch McConnell is 'he real evil genius in the administration' 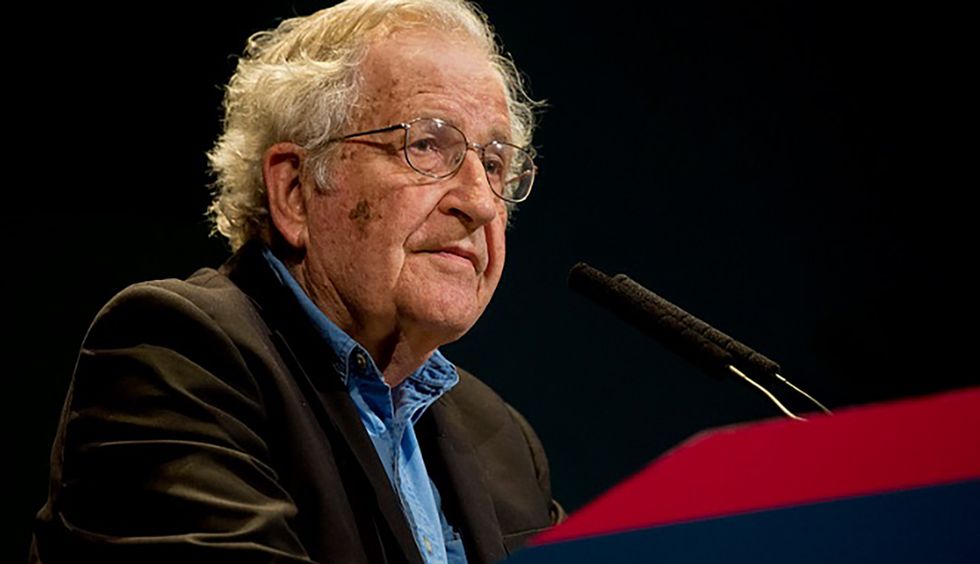 Over the years, left-wing author Noam Chomsky has had much to say about income inequality and class struggles in the United States. And during a recent interview with Canada’s National Observer, the 91-year-old Chomsky stressed that the coronavirus pandemic is underscoring the United States’ class divisions in a brutal way.

Interviewed by the Observer’s Linda Solomon-Wood via Zoom in front of an online audience of around 700, Chomsky was highly critical of President Donald Trump’s coronavirus response and slammed Senate Majority Leader Mitch McConnell as well. Trump and McConnell, Chomsky asserted, haven’t done nearly to help the many Americans who coronavirus has battered from both a health standpoint and an economic standpoint.

Chomsky told Solomon-Wood and the audience, “Senate Majority Leader Mitch McConnell, who’s really the guiding hand, the thinker.... he’s the real evil genius in the administration. He said the stimulus program cannot give money to blue states.... no money for places like New York that vote Democratic.”

Chomsky asserted that the “usual class war is operating” in the U.S. during the coronavirus crisis, which he compared to the Great Depression of the 1930s.

The author explained, “The Great Depression had an enormous impact — much worse than this, in fact.... And there were two ways out. One way out was fascism. It spread over a lot of the world.... Another way was basically New Deal-style, welfare state-style democracy and liberalism. That was the way the United States took (in the 1930s).... Those are the two ways out. We’re in the same situation now.”

“We are not going to escape from the melting of the polar ice caps, the rise in sea levels and the other extremely harmful consequences of global warming," Chomsky told Solomon-Wood and the online audience. “The major country in the world, the United States, happens to be in the hands of someone — in fact, a party —  that wants to exacerbate the crisis. They want to make sure that (the coming crisis is) as severe as possible and as imminent as possible and are putting all their efforts into that right as we speak. If we want that to happen, we can watch and not react. Canada is hardly blameless in this.”