Sen. Rand Paul told Dr. Fauci to have 'humility' — and Fauci had the perfect response 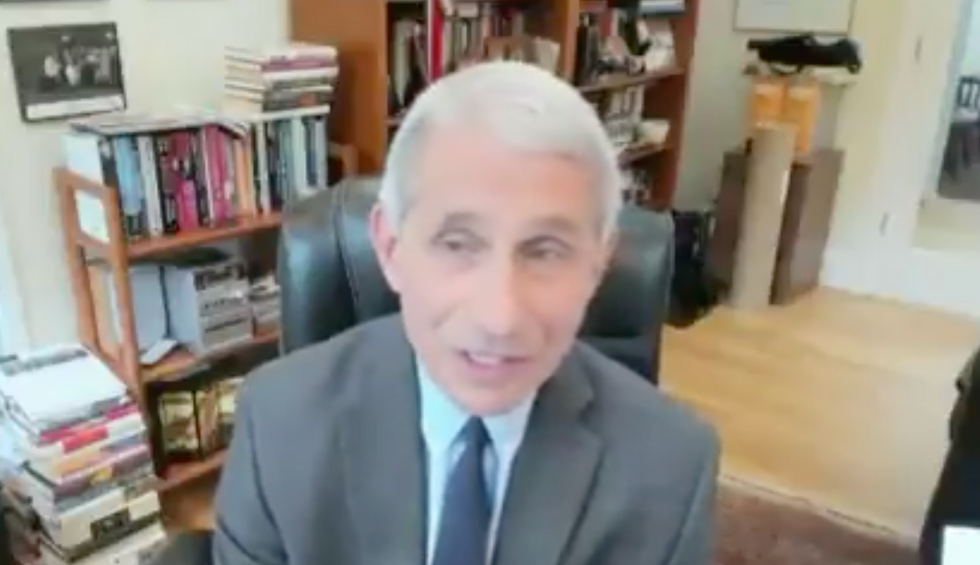 David Badash
and
The New Civil Rights Movement
May 12, 2020

Dr. Anthony Fauci turned the tables on Senator Rand Paul Tuesday, after the Kentucky Republican suggested the immunologist and director of the National Institute of Allergy and Infectious Diseases (NIAID) should be more humble and even point-blank told him he was not the “end all” when it comes to knowing about the coronavirus.

Senator Paul, who recovered after contracting COVID-19, was pushing for schools to re-open, suggesting the coronavirus doesn’t kill many children.

“Shouldn’t we at least be discussing what the mortality of children is?” Paul asked Fauci, saying for those 18 and younger it “approaches zero.”

“We never reached any sort of pandemic levels in Kentucky and other [rural] states,” Paul insisted. “Outside of New England, we’ve had a relatively benign course for this virus nationwide.”

That’s false. New York, which has been the epicenter of the disease for most of the time, is not in New England. Illinois now ranks number three in total deaths. Louisiana ranks fifth in deaths per capita. D.C. ranks sixth, followed by Michigan – which ranks fourth in total deaths.

Sen. Paul then went after Dr. Fauci, saying, “I think we ought to have a little humility in our belief we know what’s best for the economy.”

Paul also said “the facts” will show there will not be another surge, saying, “I think it’s a huge mistake if we don’t open the schools in the fall.”

Fauci never advocated for not opening schools, so it’s unclear why Paul was attacking him for that. Even Chairman Lamar Alexander suggested Fauci tell Paul he had not said that.

And then he delivered a smack-down to Senator Paul.

“You used the word that we should be ‘humble’ about what we don’t know. And I think that falls under the fact that we don’t know everything about this virus, and we really better be very careful, particularly when it comes to children.”

“Because the more and more we learn, we’re seeing things about what this virus can do, that we didn’t see from the studies in China, or in Europe. For example, right now, children presenting with COVID-19 symptoms, who actually have a very strange inflammatory syndrome, very similar to Kawasaki Syndrome,” he said.

“I think we better be careful that we’re not cavalier, in thinking that children are completely immune to the deleterious effects,” Fauci warned.