'Scientifically unsound': Disturbing evidence shows officials are hiding and deflating COVID-19 stats to build the case for 'opening up' 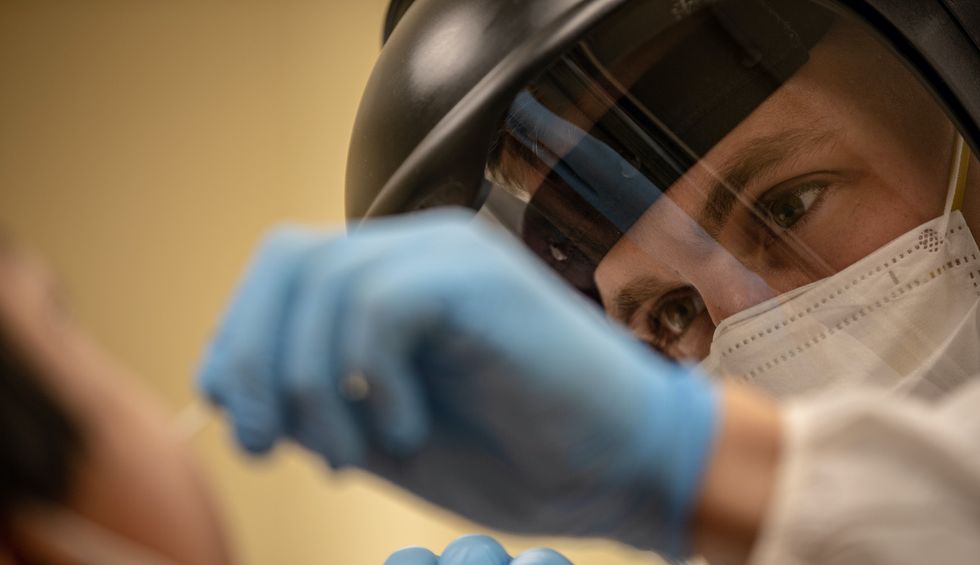 The United States passed a grim milestone this week when researchers at Johns Hopkins University in Baltimore reported that the country’s coronavirus death count had reached 100,000. But the number of COVID-19 fatalities and infections, many experts believe, is even worse than what is being reported. And journalists Darius Tahir and Adam Cancryn, in Politico, report that the number of deaths and new infections is being “deflated” at a time when President Donald Trump is pushing for states to reopen their economies sooner rather than later.

“Federal and state officials across the country have altered or hidden public health data crucial to tracking the coronavirus’ spread, hindering the ability to detect a surge of infections as President Donald Trump pushes the nation to reopen rapidly,” according to Tahir and Cancryn. “In at least a dozen states, health departments have inflated testing numbers or deflated death tallies by changing criteria for who counts as a coronavirus victim and what counts as a coronavirus test.”

The Politico journalists cite Arizona as an example of one of the states that has “shifted the metrics for a ‘safe’ reopening.” Arizona, according to Tahir and Cancryn, “sought to clamp down on bad news at one point by simply shuttering its pandemic modeling.”

“The spotty data flow is particularly worrisome to public health officials trying to help Americans make decisions about safely venturing out,” Tahir and Cancryn report. “The lack of accurate and consistent COVID-19 data, coupled with the fact that the White House no longer has regular briefings where officials reinforce the need for ongoing social distancing, makes that task even harder. “

Trump has been insisting that the U.S. is a leader in terms of coronavirus testing, but according to Tahir and Cancryn, the amount of testing that is actually taking place in the U.S. is being exaggerated.

“At least a half-dozen states have admitted to inflating their testing figures by mixing two different types of tests into its totals, a practice widely derided as scientifically unsound,” the Politico reporters note — citing Georgia an example of a state where antibody testing for COVID-19 has been “conflated” with and diagnostic testing.

Illinois, Tahir and Cancryn, note, “briefly drew fire after it limited its public reporting on nursing home cases and deaths to only those with ‘active’ outbreaks — a decision that the state quickly reversed.”

Joanne Lynn, a former geriatrician, told Politico, “Political leaders would like to trim their numbers, and a convenient way to do that is to count only those deaths that are proven by testing to (have) involved COVID-19.” And Melissa Marx,  a public health professor who teaches at Johns Hopkins University, criticized politicians for trying to manipulate scientific data on the disease.

“I have never seen politicians come in like this and question the science,” Marx told Politico. “In my mind, it’s unprecedented.”