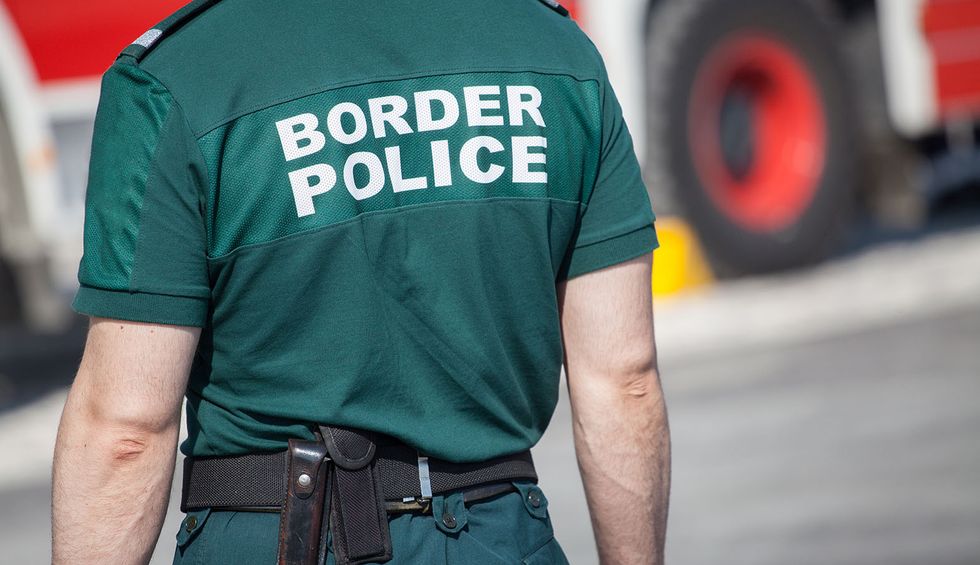 Image via Shutterstock.
Eoin Higgins
and
Common Dreams
May 31, 2020

"This is what happens when leaders sign blank check after blank check to militarize police, CBP, etc while letting violence go unchecked," tweeted Rep. Alexandria Ocasio-Cortez (D-N.Y.). "We need answers. And we need to defund."

"The drone took off from the Air Force Base before making several hexagonal-shaped flyovers around Minneapolis, according to the data," Motherboard reported.

"No government agency should be facilitating the over-policing of the Black community, period," the ACLU's senior legislative counsel Neema Singh Guliani said in a statement. "And CBP has no role in what's happening in Minneapolis at all."

Investigative reporter Jason Paladino was apparently the first to notice the flight path of CBP-104, described by Motherboard as "a drone with a history":

In a 2007 Popular Mechanics article, author Jeff Wise names that aircraft as a Predator. "CBP-104 has no pilot on board. The plane is a Predator B, a sophisticated unmanned aerial vehicle (UAV)," the article says, describing a surveillance action on the U.S.-Mexico border.

CBP-104 is also named in daily drone flight logs from CBP from 2012, published by the Electronic Frontier Foundation. The drone's activities at the time included collecting synthetic-aperture radar imagery and full-motion video to aid in actions such as surveilling the border, as well as surveilling and busting cannabis grow ops and methamphetamine labs. In one instance, the logs note that the drone continued to circle and feed video to officers until every suspect in a lab raid was arrested. According to the logs, this ongoing surveillance "played an invaluable role" in the arrests.

While CBP flying the drone over the city raised eyebrows, the city falls in the agency's purview, as Gizmodo 's Tom McKay and Dhruv Mehrotra explained.

"Minneapolis technically falls within the 100 air mile border zone where CBP has jurisdiction," wrote McKay and Mehrotra, "an area that encompasses just shy of two-thirds of the nation's population."

Critics pointed to the usage of the aircraft as indicative of a surveillance culture that has grown out of control in recent years.

"I can't tell you how many times, when I was working on police drone policy, law enforcement reps would get upset over the use of the word 'drone,'" tweeted Freedom of the Press advocacy director Parker Higgins. "Like, very specifically saying, it's not going to be Predator drones over protests."

The ACLU's Guliani pointed to CBP's record on civil liberties as a warning against allowing the agency to monitor the demonstrations.

"This rogue agency's use of military technology to surveil protesters inside U.S. borders is deeply disturbing, especially given CBP's lack of clear and strong policies to protect privacy and constitutional rights," she said. "This agency's use of drones over the city should be halted immediately."

The drone appeared to leave the area around 1:10pm EST.

Motherboard senior editor Janus Rose noted on Twitter a sinister aspect of the story suggesting CBP wanted the drone to be seen.

"Quick note about the predator drone from an ex-military intel source: these aircraft typically leave their ADS-B transponders off when flying missions, so they won't appear to civilian air traffic monitors," said Rose. "CBP wanted us to know it was there."